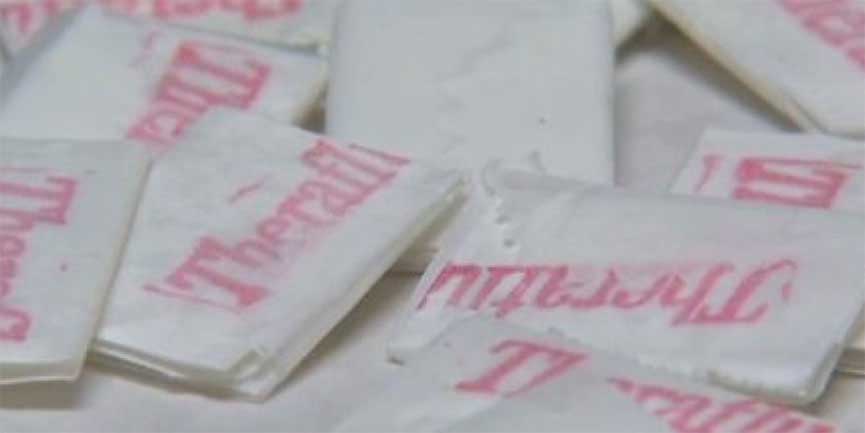 Over the past week, a batch of heroin has killed at least 22 people in western Pennsylvania. According to local public health and law enforcement officials, the substance in question has been mixed with the prescription narcotic Fentanyl and is being distributed in bags labeled “Theraflu” and “Bud Ice.”

Allegheny County Medical Examiner Dr. Karl Williams told the Los Angeles Times that he began to take samples of drugs found at the scene of an overdose when three heroin-related deaths were reported to him in one day.

“I see Fentanyl occasionally throughout the years, usually […] in misuse of pharmaceutical drugs,” Dr. Williams told the source. “But the sampled stamp bags were half heroin and half Fentanyl. That means someone is manufacturing a large quantity of that combination and distributing it in Allegheny County and surrounding areas.”

According to Dr. Williams, when the two drugs are combined, the resulting compound can be 10 to 100 times more potent than morphine.

Fentanyl-spiked heroin is not new to western Pennsylvania or the country as a whole. In 1988, a drug that was referred to as “China White” killed 16 people in Pittsburgh. Dr. Williams told the source that a local chemist and drug dealer worked together to make the substance and then pass it off as heroin.

In a press release, Pittsburgh mayor William Peduto warned residents to stay away from any bags marked “Theraflu.”

Don’t let heroin addiction ruin the life of a loved one. Contact Intervention Services today to learn how a heroin intervention can help.