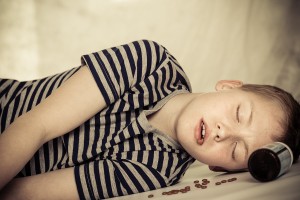 As we have previously reported, it is important for people to not only keep their current medications in a safe place, but also to properly dispose of unused prescriptions. The reasons, especially for painkillers, are plenty. While many people immediately think of teenagers getting a hold of the drugs and abusing them, it is vital not to forget even younger kids.

According to a recent study released by the Yale School of Medicine, the number of young children who overdose on prescription drugs has skyrocketed, and it is often happening because adults aren’t being vigilant in securing the medications.

“Even in children younger than 6 years, opioids, followed closely by benzodiazepines, now account for most of the drug poisoning in this age groups; in nearly all these poisonings, the child was exposed to a prescription intended for an adult in the household,” explained researchers of the study. The results appeared in the journal JAMA Pediatrics.

Currently there are methods to protect against accidental pill consumption of children. Locking mechanisms on pill bottles have been around for decades, but this relies on adults using these devices properly. Many forget to tighten the caps on bottles or leave them out on counter tops. The researchers point out that these caps are not enough and are not keeping children safe. One promising solution is to continue to educate prescription pill recipients on how to keep their medicine safe from children or anyone else who may come into contact with the pills.

Further education, combined with better child prevention locks on medicine bottles are more likely to help parents and caregivers keep little ones safe. Many towns have also started organizing locations for residents to dispose of old medication that has either expired or is no longer of any use.

This is yet another grim reminder of the prescription drug problem in America. In addition to the number of people addicted to painkillers and other medications, there are many more unintentional consequences to the over-prescribing of drugs.

If you have a loved one who has a prescription drug problem, contact us today to find out more about your intervention and treatment options.

Prescription Pills: What are Teens Using?