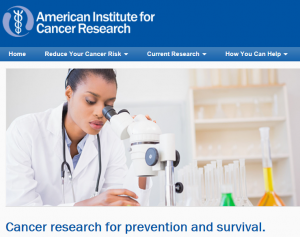 In the past, scientists have found that alcohol consumption is linked to a variety of diseases, including throat, liver and esophageal cancer. And now a new report released by the American Institute for Cancer Research states that even small amounts of alcohol consumed regularly can increase the chances of developing breast cancer in women.

In the first comprehensive study done on alcohol and breast cancer since 2010, researchers have found that just one alcoholic drink a day can increase the risk of breast cancer by 5% in pre-menopausal women, and by 9% in post-menopausal women. These conclusions were arrived at after compiling data from 119 different studies and research from 12 million women.

“This suggests there is no level of alcohol use that is completely safe in terms of breast cancer. If a woman is drinking, it would be better if she kept it to a lower amount,” commented Anne McTiernan, a cancer-prevention researcher at Fred Hutchinson Cancer Research Center in Seattle, and lead author of the study.

This particular study is important because oftentimes it is difficult to prevent breast cancer from developing. For many women, breast cancer is hereditary. However, this study shows that there are two major actions that can be taken to avoid this potentially deadly disease. Decreasing the amount of alcohol consumed and increasing the amount of exercise in a day can be the difference between a clean mammogram, and one with the presence of tumors. And because breast cancer spreads quickly, these actions can save a person’s life.

To underscore these new findings, The American Institute of Cancer Research stated that out of 252,000 women in the United States who are expected to develop breast cancer this year, it is estimated that 33% could be avoided if alcohol was eliminated from their day and replaced with exercise.

8 Ways To Take Care of Yourself After Depression