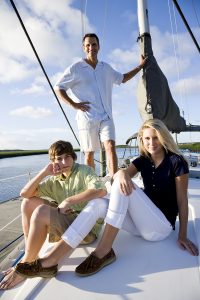 The results of a new study have found that teens who come from an upper-middle class background are at higher risk for drug or alcohol addiction than the national average. The researchers found that in their mid-twenties, young adults from a well-to-do background were two-to-three times more likely to be diagnosed with an addiction. The study results were published in a recent edition of the online journal Development and Psychopathology.

The researchers followed a group of students attending two “extremely competitive” high schools in New England. The students came from families with high concentrations of parents who were well-educated and working in high-earning careers.

One group was made up of 272 students. The researchers followed them from Grade 12 through completion of four years of college studies. Another group of students was followed for a ten-year period, starting at their senior year of high school and ending at age 27.

All participants completed online questionnaires annually. They were asked about drug and alcohol consumption during the past year and during the past month. The researchers also interviewed participants by phone, to determine whether they met the diagnostic criteria for substance abuse or dependence (addiction).

Higher Rates of Drug, Alcohol Use Among Affluent Kids

The study participants had higher rates of marijuana and alcohol use than their age group in the general population. They also had rates that were twice the national average for taking stimulant drugs (Ritalin or Adderall) and cocaine.

By the time they were college graduates (age 22) the lifetime addiction rates for young women followed in the study were similar to the national norms of 19-24 percent. For young men from affluent backgrounds, the rates were twice the national norms, ranging from 19-27 percent.

By the time the participants reached the age of 26, the lifetime rates of addiction had increased to 19-24 percent for women from well-off families. For men, addiction rates climbed to 23-40 percent.

Suniya S. Luthar, one of the study’s authors, stated she was “surprised by the high rates of alcohol and drug dependence found in early adulthood.” She also expressed the same reaction to the high rates for cocaine and party drug use by young people in the study.

She went on to say that when young people from affluent neighborhoods move through adolescence, they may choose to experiment with drugs and alcohol. This may be a way to relieve the pressure of attending schools that focus on high academic achievement. Parents often mistakenly think that the behavior represents a phase that will pass as the teens mature.

As the study results show, many of the young people in high-achieving environments continue with the drug and alcohol use behavior after their teen years have passed and can develop a more serious addiction.

The results of this study support the notion that it is never too early to intervene, and that people don’t yet have to display the heaviest addiction symptoms to need help. If you have a loved one who has a substance abuse problem, contact us today to find out more about successful drug intervention and addiction treatment programs.