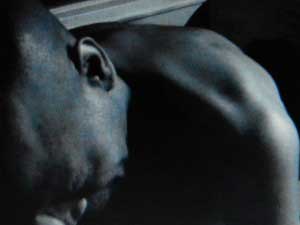 Post-Traumatic Stress Disorder (PTSD) and How To Treat It

Commonly known as PTSD, post-traumatic stress disorder is a serious condition. Symptoms include intense anxiety, angry outbursts, frightening nightmares, insomnia, aggression, and painful flashbacks to a traumatic event. Those with PTSD can also suffer from depression, ADHD, chronic illness, chronic pain, rage, and irritability. PTSD can be so overwhelming and debilitating that those who have it cannot manage the chores of daily life.

Ongoing anxiety and persistent flashbacks suggest that a person with PTSD has not fully released and resolved feelings related to the trauma. To block out these feelings and get some relief, many with PTSD abuse drugs and alcohol. Substances help victims to avoid painful feelings about the trauma and deaden the fear that was part of the experience.

Although most people experience at least one traumatic event in a lifetime, fewer than ten percent develop PTSD. The condition is characterized by severe anxiety and unbearable stress after experiencing a physical or psychological trauma. The person will usually report feelings of powerlessness and a sense of being out of control. Traumatic events can include sexual assault, military combat, natural disasters, violent assault, and childhood abuse. The most common cause of PTSD in men is military combat. For women, it’s sexual abuse. Of combat soldiers who seek treatment for PTSD, up to 80 percent are addicted to substances.

What Happens When Someone With PTSD Abuses Substances?

Mixing drugs and alcohol with an already unstable PTSD personality can have severe consequences for everyone involved. Substance abuse causes PTSD symptoms to become even worse. While under the influence, the person might engage in reckless activities that endanger them and others. This can cause legal problems, homelessness, unemployment, disconnection from family and friends, poverty, and incarceration.

Are Those Who Get PTSD Different From Those Who Don’t?

Many people experience traumatic events over the course of a lifetime, but only a few develop PTSD. Those who do get PTSD are thought to have a severe, debilitating, and abnormal response to trauma. Instead of processing the traumatic event and moving on, they remain stuck in the trauma and re-experience it again and again for months, years or the rest of their lives.

Treating Those With A Dual Diagnosis Of PTSD And Substance Abuse

People with post-traumatic stress disorder who abuse substances usually feel a lot of guilt and shame about the traumatic event and about their substance abuse. Guilt and shame makes it harder for these folks to ask for help. When they do reach out, they have a better shot at recovery in a rehab program that provides specialized treatment for those with a dual diagnosis of PTSD and substance abuse.