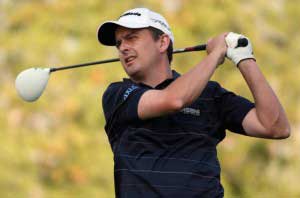 Nothing is better than a cold soda on a hot day to quench your thirst. The bubbles and delicious flavor are something that can cause the salivary glands to go into overdrive just thinking about it. While having a soda once in a while is not usually seen as a problem, drinking too much can cause all sorts of problems. These problems can include diabetes, weight gain, and damage to the teeth among others. Aside from the taste of soda many enjoy it, because of it’s caffeine content. Can these seemingly harmless qualities cause someone to become addicted to drinking soda?

According to Pro Golfer Peter Lawrie, it is possible. Peter Lawrie blames soda addiction for the recent decline in his golf game. Lawrie has dropped substantially in the overall standings over the past couple of years, sinking from a ranking of 161st in the world to down around 900th according to the Official World Golf Ranking in 2015. Lawrie states that he was “addicted to it and tried to stop”. He also states that he was “drinking liters of the stuff” even carrying it around with him on the course in Malaysia.

Peter Lawrie blames soda addiction for his decline in preformance and on the contrary, when he tried to quit soda cold turkey his game got even worse. The decline in his game led to a loss of confidence in himself, in other aspects of his life, and a difficult time dealing with many situations that came at him. Lawrie decided that he needed to make yet another change because this one; while seemingly healthier, was not working well for him. He decided to go back to drinking soda, but with a limited intake rather than cutting it out cold turkey. This slow progression has helped him get back to his A-game. He has currently made the cut and has had his best finish since 2013.

The idea of soda being bad for you is not a new one and there is tons of medical research available to back it up. I think what worked best for Peter Lawrie is the notion of moderation. He can still have a soda once in a while, but not consume it by the liter. Cutting addictive things out of ones diet cold turkey may not be the best solution and can cause more damage than good. A gradual decline or weaning off where the effects are not as noticeable seems to be the smarter way to go. If you are thinking of quitting a harmful behavior or substance, please consult with a medical professional to ensure it is done safely.