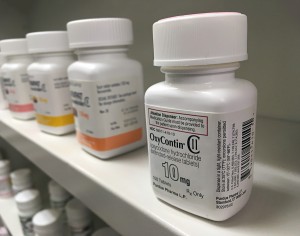 The business of selling OxyContin is dying in the US, but the drug maker earned billions of dollars during its heyday. The country is currently in the throes of what has been described as an opioid epidemic that is responsible for 200,000 deaths. Many people believe that OxyContin was one of the drugs responsible for sparking the wildfire of abuse. Now, after the horrific tragedy of lives lost and major fines for misleading doctors and the American public, the drug maker is turning its eyes for profit over patient well being to overseas markets. Doctors have been turning away from prescribing this powerful painkiller for chronic pain in droves.

Thankfully, enough word has gotten out about the abuse potential and devastation caused by this drug. The numbers of prescriptions written for OxyContin have dropped by close to 40 percent since 2010. The medical establishment is now also saying that there is no proof that opioids in general work well over the long term and that they may put patients at risk.

The company’s owners have decided on a new strategy. They are introducing the drug to international buyers through a network of companies owned by the family. These companies are moving into Africa, Asia, the Middle East, Latin America and other parts of the world with a goal to push for broad use of painkillers.

In places like China and Brazil, the companies are holding seminars for doctors where physicians are being told to overcome the stigma around opioids and prescribe them to patients. The companies themselves are sponsoring public awareness campaigns to encourage people to see a doctor to ask for treatment for chronic pain. The companies are also offering patient discounts to make their products more affordable. That’s right, they’re working hard to convince people that it’s safe to take their drugs – just like they did in the United States many years ago.

The U.S. Surgeon General Vivek H. Murthy has urged his peers in other countries to be very cautious about these medications. He said that the benefits of using them didn’t outweigh their risks.

In 2007, Purdue and three of its executives pled guilty to federal charges of misbranding drugs. They were ordered to pay $635 million. Sales of OxyContin have generated revenue of close to $35 billion for Purdue over the past 20 years. Apparently, they want more.

Help for Those Addicted

Today there are more treatment options available for people who become addicted to OxyContin or other opioids. If you suspect that your loved one has a problem with painkillers, contact us today to find out more about effective drug interventions and rehabilitation programs.

Majority of U.S. teens say that they don’t drink

The Pros and Cons of “Tricking” Someone into an Intervention