Information on Drugs, Alcohol, and Interventions in Alaska

When looking for an Alaska interventionist as well as creating a successful treatment plan, it is crucial to know and understand how different drugs affect every state. Heroin has become a popular drug in the state, and all across the country because it is cheap and effective. However, heroin has a huge overdose rate (which is also being seen nationwide). Alcohol also takes its toll on the northern state. Alaska’s alcohol consumption rate and binge drinking rate are through the roof.

Alaska is an isolated state and due to it being such, it makes drug-trafficking very easy. Also due to isolation, depression and suicide rates are one of the highest in the United States. This is why a professional interventionist is needed for substance abuse cases in states such as Alaska. Our trained professional interventionists are here to help your family reach its overall goal: to help your loved one get sober and on the road to a substance-free life.

There have been many pieces of information provided over the years regarding the problems of alcohol and drug addiction in the state of Alaska. The statistics taken by state officials over the course of the 21st-century show the issue of addiction in Alaska is not too different from the majority of states across the U.S. Interventions in Alaska are commonly held by the family and friends of an addict who have become concerned about the behavior and adverse effects of their dependency on drugs and alcohol. A little over 10 percent of those in the 18 to 25 demographic were known to be alcoholics and just over four percent of the population of Alaska had some form of drug dependency in 2016.

What is an intervention?

An intervention is a meeting between the friends and family of a person known to be addicted to drugs or alcohol who is having a negative effect on their own lives and the lives of those they know intimately. When staging an intervention, the common process includes working with a professional therapist who can guide the family and friends of the addict through the process and ensure the most impact is made on the addict.

One of the questions commonly asked about interventions in Alaska include who should attend the meeting the addict is usually not informed about prior to its taking place. Professional interventionists believe the greatest impact can be made by creating an intervention involving:

As with all events in the life of an addict, the intervention is not an event which can follow a generic plan but is unique to each individual. Some addicts will respond better to certain individuals and the cast of speakers at the event should be chosen to reflect the importance of each person of the addict.

The aim of the intervention is to allow the addict to hear personally how their actions and attitude to those around them has affected each person and make them consider attending rehab.

How to stage an intervention?

The issue of staging an intervention in Alaska is usually aided by a professional therapist who offers their services as an interventionist. Although the intervention may seem like a spontaneous event it is usually meticulously planned to make sure it has the maximum impact on the individual. Those attending interventions in Alaska rehearse their speech detailing how the addition of the individual has affected their lives. A change in the way interventions are held has recently come about with the decision to intervene in the life of an addict early than was previously the norm. In the past, the addict would be left to hit rock bottom before intervention would be held, but the most recent thinking is to stage the intervention as early in the addiction as possible to avoid further issues arising.

As a company founded by a family who has struggled with substance abuse, we know what it is like to have drugs and alcohol destroy strong family bonds. Intervention Services USA was founded on our passion for helping families just like yours daily. In fact, we are the largest professional intervention company nationwide and deliver around 400 interventions per year. We have the resources you need in order to give you the best professional intervention possible with a high success rate. Call now to speak to one of our qualified interventionist and treatment placement specialists to get the help your family truly deserves. 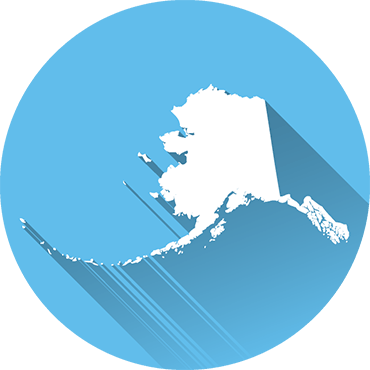