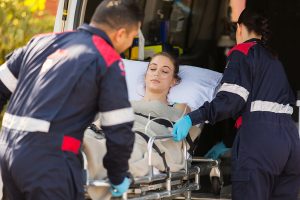 The City of Middleton, Ohio, is feeling the effects of the opioid crisis like so many other municipalities in the US. Under a proposed plan by a City Council member, people who dial 911 for help for a person who is overdosing on opioids may be told that help is not on the way.

Councilman Dan Picard has put forth what has been described as a “cry of frustration” in his community of 50,000 residents. His idea is a “three-strikes” policy for those who overdose repeatedly. If the same person has too many incidents, authorities would refuse to send paramedics to resuscitate them.

Cost of Responding to Repeat Overdoses Too High

Mr. Picard explained to The Washington Post recently that he sympathizes with family members and friends of those who have lost loved ones to drug abuse. He went on to say that the cost of responding to these calls is causing financial difficulty for the City.

In the meantime, nothing has changed regarding sending help to those who have overdosed. Paramedics respond to all calls and provide help to everyone who needs it. Narcan (a drug that can reverse the effects of a drug overdose) is administered when appropriate.

Mr. Picard has asked the City’s Legal Department to find out whether there is an obligation to send an ambulance to repeat opiate overdose calls. The research on that important question is still in progress.

The opioid crisis continues to claim lives at an astonishing rate. This class of drug was responsible for claiming more than 33,000 deaths in the US in 2015 alone, according to statistics compiled by the Centers for Disease Control and Prevention.

In 2017 to date, paramedic crews have made close to 600 runs to treat overdose patients. This figure represents a 300 percent increase from the same time last year. Middleton has spent more than $2 million on overdose calls, which is close to 10 percent of the amount it collects in taxes.

Under Mr. Picard’s proposed plan, people who overdose on opioids would be issued a summons. If convicted, they would also be required to perform community service. After a second overdose, the punishment becomes more severe.

Names of overdose victims that paramedics have treated would be entered into a city database. When a call is made for help, the dispatcher will ask for the patient’s name to check against the list for prior overdose calls. Mr. Picard stated that an addict may not care very much about their own life, but they are taking up valuable resources that Middleton can no longer afford to provide, something that other towns in Ohio and across the nation are dealing with.

Most Opioid Overdose Victims in Middleton Not Locals

Mr. Picard pointed out that most of the people who overdose in Middleton are transients and not permanent residents of the community, which is located between Dayton and Cincinnati. He wants to send a message that people should not come to Middleton to overdose and cause a drain on local services.

Why Interventions are Becoming More Necessary

As disturbing as the thought of “no help” might be to some, the sheer financial burden placed on families, institutions, municipalities and the general public means that there is bound to be push back somewhere. We have already started to see this with insurance coverage for addiction treatment, as insurance companies have become more strict in their payouts.

These points back to the necessity for more families to intervene earlier before problems escalate. Overdose deaths are astonishingly high and there isn’t much relief in sight at the moment. If you need help for a loved one addicted to opiates or any other substance, contact us today for more information on successful drug intervention and treatment practices.

Use of study drugs spikes during finals week