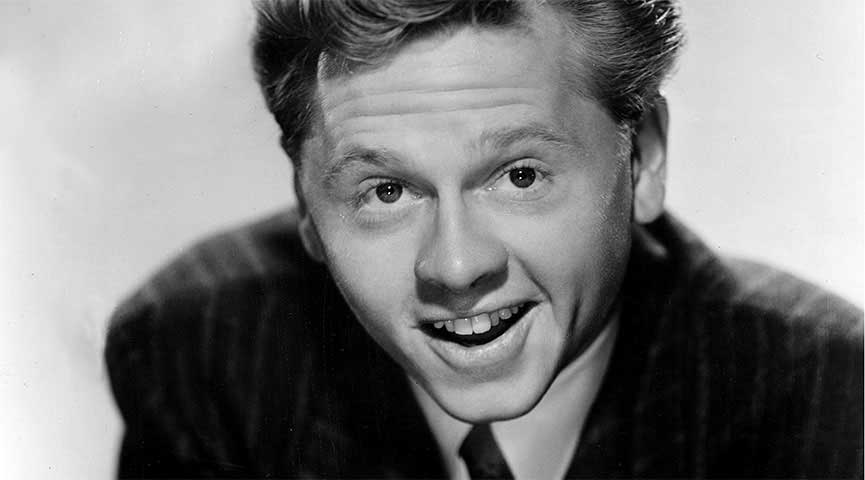 On April 6th Hollywood legend Mickey Rooney died in the presence of loved ones at home, of natural causes, at age 92. With a career that spanned 90 years, his small stature belied the fact that this famous actor never did anything in a small way.

Winning awards of all types, losing everything to bankruptcy, then reinventing his career again – a few times – the determined Rooney never let life get the best of him. Not only could he act, but he could sing, dance, write, produce and find his way out of, or into almost anything he chose.

Even into his 90s, this dynamic man was still working on projects at the time of his death.

It wasn’t surprising for me to find out he was also an alcoholic, gambler and drug user who, finally, threw in the towel and cut loose his biggest enemy – his addictions. Granted, it was later in his life, but true to his reputation, there wasn’t much he couldn’t accomplish, once he set his mind to it.

He was a serial husband – with eight wives. Most of those marriages were short until his last wife, Jan, to whom he had been married for 30 some years, even though they were separated at the time of his death.

Dedicated To His Craft

Rooney never knew anything but show business. Born to Vaudeville performers in 1920, he was just 17 months old when he got started. His parents took him touring with them, and when his mother divorced Rooney’s alcoholic father, it was off to California to pursue an acting career.

Unfortunately for her, it was her son who got the attention and the roles. His mother once got around child labor laws by having the young boy pass as a midget!

His real name was Joe Yule, Jr., but he took the name Mickey Rooney at his mother’s urging after playing the lead character in the popular Mickey McGuire film series, a year after doing his first film appearance in 1926.

His career was interrupted while he went into the service – performing for the soldiers, mostly – but he returned full of bad habits and a desire to succeed. By then he was already a hard partier, arrogant and spent money before it warmed in his pocket, much to the chagrin of MGM management, who was trying to market him as the wholesome Andy Rooney type he was portraying.

His career was characterized as “epic” as were his escapades. Some say he had his own bookie before he was even of age, and would call from the set of whatever film he was working on.

His Struggle With Addiction

And about those addictions? Sort of an occupational hazard for those in the film industry. What is so surprising to me is that he lived to the age of 92, even though he didn’t shed those addictions until later in life. In the 70s, he claimed to have had a spiritual experience in the form of a casino busboy who told him, “Mr. Rooney, Jesus Christ loves you very much.”

Rooney believed the boy to be an angel, and began a religious conversion to evangelical Christianity. One might guess that is when he started addressing his addiction issues, but there is little to be found about when he (or if he) ventured into recovery, just that he did eventually clean up.

Since he lived into his 90s, he couldn’t have continued down that path and survived that long, so it’s an educated guess that he found sobriety somehow. Of course, some may wonder how he survived eight marriages, or how his wives survived him!

The closest thing I found to him disclosing that private part of his life came from a review of a book he wrote, The Search for Sonny Skies. The title character, Sonny, paralleled many things true of Rooney’s own experiences. Sonny Skies was a box office smash by the time he was 16.

Sonny wedded and bedded beautiful film stars beginning when he was 19, just as Rooney did. Skies was drafted, then Rooney changes the parallel a bit, by having Sonny disappear in the war. He uses a fictitious gossip columnist looking for Sonny, as the embodiment of his private self. It’s that tempestuous writer who’s the alcoholic poker player.

It’s he who finds recovery and attends three AA meetings a week. People who have never attended AA don’t have much an idea of how often the average alcoholic tends to continue showing up at meetings to maintain a program. Since artists often subconsciously put themselves into their work, so it may be with writers. The book didn’t get particularly good reviews, but maybe there’s some insight into his private demons to be found.

Not so private was his activism against elder abuse. It seems at age 90, Rooney had to file a restraining order and make public his degrading experiences in the care of his stepson, Chris Aber, child of his last wife Joy Rooney, and stepdaughter Christina Aber.

He charged them with verbal, emotional and financial abuse. He claimed they denied him basic necessitates like food, water and medicine. And access to his own money. Forced him to take roles he didn’t want to. He was denied access to his mail… He claimed he was literally a prisoner in his own home. One can only hope relapse hadn’t left Rooney vulnerable to that sort of thing. It happens.

The courts favored Rooney’s side and he was put into the care of his own son, Mark Rooney, with whom he lived until his death.

So Rooney’s full life was the typical roller coaster ride of an alcoholic/addict with too much money and power. He had been a number one box office draw in 1939, but filed bankruptcy in 1996. He gained and lost his fortune a few times over the course of his long career, and remained beloved to his fans.

There was more privacy in those days, or his reputation may have made Lindsay Lohan look like a choir girl by comparison. 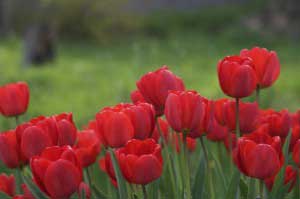 But in the end, he won. He lived to be 92. Some say the alcoholics who find recovery are the lucky ones. Some say those who find and maintain sobriety tend to be highly intelligent. Heck – even Einstein was kinda nuts, so maybe the public eye has shown favor on Rooney for his sheer talent, achievements and never-say-die attitude.

One good thing is that I read very little smearing about his addictions. Anonymity was respected, as it is meant to be.

Thanks for the example, Mr. Rooney, about how it’s done, and how it shouldn’t be done. May your legacy live on and may you truly rest, at last.

How an Intervention Helps the Whole Family