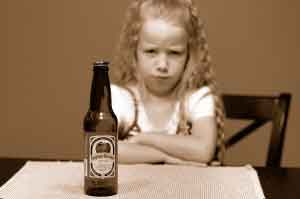 Researchers Try To Answer The Question: Is Addiction A Genetic Or Hereditary Disorder?

It’s easy to think that those who drink and drug to excess should be able to control their use of substances. The truth is that real addicts and alcoholics cannot control how much they drink or use. Even serious consequences like DUIs, getting fired from a job, going to jail, being divorced by a spouse, or losing custody of children are not enough to keep addicts and alcoholics clean and sober. As a result, many people wonder, “Is addiction a genetic or hereditary disorder?”

The Genetic Component Of Addiction

In recent years, a number of research studies have been conducted to answer the question, “Is addiction a genetic or hereditary disorder?” The results of these studies support the theory that substance abusers are genetically programmed for addiction. These studies also suggest that the predisposition is passed from one generation to the next.

Parents who are addicted to certain substances have kids who are genetically predisposed to the same addictions. PET scans performed on the brains of addicted patients showed anomalies that were thought to be caused by substance abuse. However, the children of these patients tended to have the same brain anomalies as their parents, even when they had not yet become substance abusers. What’s more, children of alcoholics tended to have a higher tolerance for alcohol well before they started drinking heavily.

Why Do We Have Addiction Genes?

Addiction genes program us to repeat rewarding experiences that preserve the human species. For example, there can be great pleasure in eating, sleeping, and having sex. When something feels good, we want to repeat it again and again. If eating, sleeping, and sex were not pleasurable, we wouldn’t engage in these activities and humans would quickly die off. For reasons we don’t quite understand, addiction can be viewed as a genetic distortion of the survival instinct.

Is Addiction A Genetic Or Hereditary Disorder? Or Are Other Factors At Play?

Why Are Some People Substance Abusers While Others Are Not?

A person can decide whether or not to experiment with drugs and alcohol. However, once having tried these substances, those who are predisposed to addiction risk becoming addicts or alcoholics. Addiction is not caused by poor morals, bad character, or a lack of willpower and common sense. Rather, addiction is caused by how a person’s body reacts to drugs and alcohol. The most compelling evidence that substance abuse is a function of genetics is that alcoholism and drug abuse almost always run in families. In other words, relatives of substance abusers are much more likely to be substance abusers themselves.

What is Chronic Rehabilitation?

Marijuana Use Among College Students Continues to Cause Concern