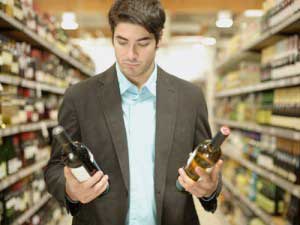 This is one of the questions we must answer in determining the next step to take. It is also suggested by some that there are 3 basic types of drinkers or drug users. Granted, there are certainly all kinds of grey areas in between, but basically most users can be categorized into one of the following three groups that we have listed below:[gap size=”15px;”]

A Social or Moderate Drinker/User

This drinker or drug user seems to only use socially, occasionally having a glass or two of wine, or even the “once in a while” hit off a joint. There have even been known to be social users of hard drugs (i.e. the guy who does a line or two of cocaine at a bachelor party once every few years) who never seem to develop a problem with it.

[blockquote type=”center” style=”font-size:18px”]Understand, that even the social user can
become addicted to drugs or alcohol with enough use.[/blockquote]

This drinker or drug user appears, at first, to be an alcoholic or addict if you look at a particular time frame in his life. However, when a negative consequence occurs as a result of his drinking or drug use, then he usually stops, very often without the aid of treatment.

Examples of this would be the woman who drank heavily in college but was “taken advantage of” while under the influence and has never picked up a drink since, or the man who gets married and puts down the marijuana simply because his wife tells him to, or the man that refers to his early ‘20s as his “cocaine and booze days” but hasn’t drank or used a drug since.

A “Real” Alcoholic or Drug Addict

This drinker or drug user either has periods of abstinence with heavy “binges” or is a continuous user and doesn’t ever seem to summon up enough personal willpower to quit no matter what the negative consequences.

Volumes upon volumes can be written on this very subject, but we can sum it up in a few brief statements.

The “real” alcoholic or drug addict drinks for an underlying reason, as opposed to just “enhancing his life”.

No matter what negative consequences happen as a result of his drinking and using he usually cannot quit drinking permanently without the help of some form of treatment and recovery.

Left to his own devices, the drinking or using will progressively get worse, destroying the hopes and dreams of his loved ones, and eventually killing him in the end.

Generally speaking, if your loved one falls into the third category, then ideally a Recovery Intervention is best for them.

If you feel that your loved one is only in the second category or is only a hard drinker or drug user than we can provide a Crisis Intervention to handle the immediate unhealthy behaviors.

Intervention Services uses the S.M.A.R.T. Model of Interventions which understands that each substance abuser and their family is different so the solutions most also be different.