Hurting Them, Hurting Everyone… 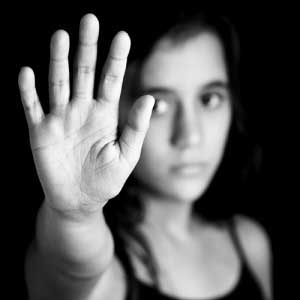 One of the hardest things for a parent or spouse to take is seeing a loved one get hurt. But what if that loved one has inflicted the damage on herself? Self-inflicted violence (SIV) is a growing problem among young adults who use the behavior to alleviate the hopelessness and emotional pain that may seem overwhelming to the sufferer. The inability to deal with stress may manifest in many ways — addiction interventions have become a reality in our society – but a self inflicted violence intervention? Is SIV even an addiction? How could someone be addicted to inflicting pain on themselves? And what about the emotional pain of those around that person? How does one even begin to understand a mental health problem that makes so little sense?

The self-inflicted violence phenomenon often begins in early adolescence as a means to find relief from intense emotions that can’t be expressed any other way. Generally, those who are subject to self-harming behavior may have a history of trauma and abuse — including sexual or emotional – and use this troubling behavior as a coping mechanism to relieve feelings of anxiety, depression, emotional numbness, failure and self-loathing. The odd contradiction is that many sufferers feel relief rather than the pain caused by this harmful activity. Typical harming behaviors include cutting, burning, plucking hair, head banging, needle-poking, rubbing skin off with an eraser or other object, interference with wound healing (picking or re-opening the wound), and in extreme cases breaking bones. It’s estimated that more than two million people engage in this behavior and for some, it originates in childhood. It’s important to note that suicide is not the intended result. It’s about gaining feelings of control over the uncontrollable in their lives. It’s about feeling anything to deaden the internal emptiness. The temporary relief caused by the self-violence gives the sufferer a respite in much the same way alcohol or drugs create relief for addicts. The complexity of SIV is that there is no euphoria-producing substance producing the result. Pain is something most of us would do anything to avoid, so how does one wrap their head around a loved one’s transference of pain to relief? Why would someone choose something most of us avoid?

Is it a True Addiction?

SIV falls into the category of a process addiction, something most people know very little about. If it’s not an ingested substance, how can one be addicted? Heroin or alcohol users ingest something that causes euphoria by engaging one’s neurotransmitters — the chemicals that affect mood. The body adapts to repeated exposure of the substance of abuse. When the substance is stopped, the body asserts a physical reaction — what is known as withdrawal. A process addiction then, is an addiction to a behavior rather than a substance, because those ‘feel-good’ neurotransmitters are still released with the performance of the behavior. When the behavior is withdrawn, there is still a physiological response from those same areas of the brain, perhaps felt as an emptiness or nagging. Gambling and overeating are two common examples of process addictions. The gambler needs to repeat the behavior to duplicate the ‘reward.’ That reward is an actual physiological response – an elevation of mood – caused by the endorphin release. When the body experiences this release at regular intervals, those behaviors must be repeated to get the same response. And just like a heroin addict, when that chemical response is missing, the phenomenon of craving happens.

In the instance of SIV, the pain for some may be nonexistent, since the bodies response to pain or trauma is the engagement of the body’s ‘fight or flight’ pattern. It’s the body’s release of beta endorphins, the endogenous opioids that are released in response to physical injury, that act as natural painkillers and induce pleasant feelings that reduce tension and emotional distress. While it may be difficult initially to actually do the cutting or other painful act, once those chemicals are in play on a regular basis, the behavior becomes habitual. Not only does the sufferer crave the relief gained by this chemical release, just thinking about the behavior starts the process. Thus the need to repeat the behavior to get the reward. Think of those who feel compelled to get repeated tattoos — that may be a milder example of this compulsion considered to be more socially acceptable, without the co-occurring mental health issues.

What can be done to Help?

A general understanding of this disorder may help you grasp what it’s about and why it happens, but you may still feel helpless as to what to do about it. Knowing how to approach your loved one without negativity, shaming or criticizing is a good start. Though your natural reaction may be extremely emotional, a better solution would be to resist panic or other knee-jerk responses, but instead offer understanding and a listening ear. Sufferers often feel ashamed of their behavior, so moving them out of secrecy by talking openly about SIV can be the start of facilitating change. Offering your support may be as simple as asking your loved one what you can do. Chastising and negativity are the opposite of support, so be wary. Instead, listen. Set boundaries and limits in a clear, yet gentle way. Since SIV is often the result of high levels of emotional stress, realize your loved one may have no clear idea why they are hurting themselves. It may actually do more harm then good to attempt to coerce or shame the sufferer as a deterrent, since they are already reacting to internal shame and guilt. Punishment is inappropriate in this instance, since creating more pain is merely compounding the issue.

How can a Self-inflicted Violence Intervention Help?

As is the case with most addictions, finding help may be beyond your loved one. Even though the effects of this condition may be getting serious, the sufferer most often feels unable to let go of the behavior. The denial that accompanies any addiction may be tough to break through — especially for those closest to the sufferer! A self-inflicted violence intervention facilitated by a trained professional may be the best course of action. Family members are often ineffective on their own and need coaching as to how to step back and not enable or inadvertently propel the destructive behavior. After meeting with family and friends in an appropriate forum to express concerns, your loved one would be directed to a treatment facility that would address the SIV as well as any other underlying mental health conditions that often accompany the disorder. Family would be educated about the condition and it’s origins, then coached as to the best way to support their loved one once he or she has accepted help. All are prepared beforehand for this emotional confrontation, so many find the intervention a successful way to coerce their family member into treatment. In the end, creating appropriate conditions to address this issue is key to ensuring your loved one gets the care and understanding needed to conquer this serious disorder.