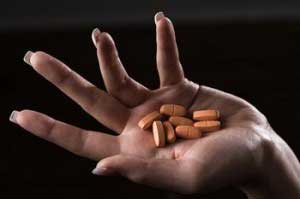 It could just be that the person needs to have his or her medication adjusted, if he or she is already taking a medication or medications. When someone has an episode, this can be indicative or evocative of either an undiagnosed or underlying psychiatric condition if it has already not been diagnosed. A clinically trained medical doctor, a psychiatrist, will be able to prescribe the appropriate medications after having diagnosed a patient according to the DSM-V, which is the Diagnostic and Statistical Manual of Mental Disorders.

Psychosis occurs when a patient is stuck in a dreamlike, hellish state. For the patient, this can be akin to feeling like they are walking around in a dream in real life. Psychosis can be very serious, not to mention dangerous, because the patient may not realize he or she has a problem. Often the family, friends, and/or acquaintances of the patient may have to suggest that the patient either go to the emergency room or make an appointment with a psychiatrist as soon as possible. Depending upon the seriousness of the situation, the patient may need to be admitted to the hospital immediately. An altercation within the patient’s family is usually a precursor to a psychiatric medication intervention.

Patients having a difficult time handling their emotions or going through some deep emotional trauma might also need an intervention. It really does depend on the individual, since everyone is different. Not everyone might necessarily need medication; some individuals might just require counseling. However, if there is a brain-based medical condition that is affecting the patient’s quality of life, this could be serious enough to warrant immediate medical attention such as hospitalization in a psychiatric unit in the community. When a person’s medical condition becomes such that it is interfering with his or her everyday life, that is when medical attention must be sought.

It is not merely enough to be referred to a psychiatrist alone–sometimes people genuinely need to be hospitalized as soon as possible depending upon the severity of the episode the patient experiences, the patient’s psychosis, or a host of other potential concomitant factors that would derail the patient’s ability to think clearly. Usually what happens is that these types of problems that occur within the patient’s life are only resolved by putting the patient on various medications. Usually a psychiatrist will prescribe a variety of medications, some to treat the initial symptoms of the illness, and then also others to treat some of the side effects of the other medications. It is only until the patient is actually referred to a psychiatrist that he or she can get the proper medical treatment necessary.  We strongly recommend that you contact us for professional assistance with a Psychiatric Medication Intervention.