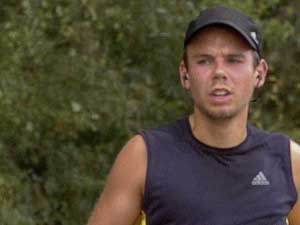 Flight 4U 9525 that went crashing into a mountainside of the French Alps has been under extreme investigation. This tragic event killed all 150 people aboard. It has now come to light that the Germanwings crash co-pilot hid mental illness and suicidal thoughts from the airline. The black box recorder indicated that Andreas Lubitz, 27, locked the captain out of the cockpit and intentionally sent Flight 4U 9525 crashing to commit suicide and mass murder. Reports state that the Germanwings crash co-pilot hid mental illness issues and was severely depressed.

Andreas Lubitz lived with his parents in Montabaur, in the Rhineland. He also kept an apartment in Duesseldorf, the city where Flight 4U 9525 was headed, before Andreas took matters into his own hands. Duesseldorf prosecutors stated that the evidence found in Andreas’ two homes completely backs up the suspicion that Andreas was hiding his illness from his employers, as well as his colleagues

Duesseldorf prosecutors said they did not find a suicide note or confession of planning to carry out any harmful acts towards himself or others, but said it would take several days to assess the rest of what was gather at both homes. Prosecutors revealed that the searches of Lubitz’s homes did find “medical documents that suggest an existing illness and appropriate medical treatment”. One of these documents was a “torn up and current sick leave notes, among them one covering the day of the crash”. These documents did not specify what type of illness Andreas suffered from. Sources are citing a relationship crisis with his girlfriend as a main reason he carried out this horrific act. Supposedly Andreas admitted to having an affair with a stewardess and his girlfriend wanted to break up with him, leaving him distraught.

Reports have surfaced that in 2009 Andreas sought psychiatric help for a period of serious depression. Andreas was still receiving assistance from doctors for this condition, according to documents from Germany’s air transport regulator.

According to information released, Andreas locked himself into the cockpit when the captain left to use the restroom. He refused to let the Captain back into the cabin. The captain tried using an ax to break through the armored door of the cockpit, as the plane was sent into its deadly descent. Investigators explain the Germanwings crash co-pilot hid mental illness issues and his intention was clear, because he operated a button sending the plane into a plunge. Listening to the black box, for the next eight minutes, he was apparently calm and breathing normally. “He does not say a single word. Total silence,” French prosecutor Brice Robin stated. Andreas had all psychological tests required for training, and was deemed, “100-percent airworthy.”

The tragedy has prompted a reorganization of safety rules with several airlines. German companies, announced a new policy that requires that there always be two people in the cockpit. Meanwhile, the UN world aviation body emphasized that all pilots must be tested mentally and physically on a regular check up schedule.