…The Opposite of it’s Effect 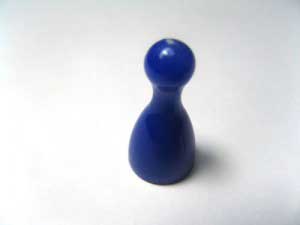 As with other abused substances, the withdrawal from sedatives mirror the acute effects. Unlike narcotics and stimulants, some sedative withdrawal effects can cause death. This makes it very important to identify and treat sedative dependence as soon as possible. Acute withdrawal symptoms usually occur 1 to 2 days after the sedatives are stopped and can last as long as 7 to 10 days. The early symptoms are uncomfortable but not life-threatening and include increased anxiety, sweating, restlessness, agitation, and tremors of the extremities.

Danger of Withdrawal from Sedatives

In cases of severe physical dependence, these symptoms can progress to seizures and a toxic psychosis which have both been associated with fatalities. The seizures, if they occur, resemble grand mal epilepsy and are characterized by loss of consciousness and generalized tonic-clonic movements of the body and extremities. A toxic psychosis sometimes follows seizures. This is a confused and agitated state in which the patient is completely disoriented and often has auditory and visual hallucinations. During a toxic psychosis, blood pressure and pulse rate are elevated and the patient is extremely restless and must be restrained. The severe withdrawal from sedatives usually occur only in people who have been taking sedative-hypnotics in high doses for an extended time. An example would be an individual who took 10 to 12 sleeping pills a day for longer than 3 months. Treatment of physical dependence on sedatives almost always requires hospitalization for gradual reduction of the dose of sedative with extended follow-up treatment.