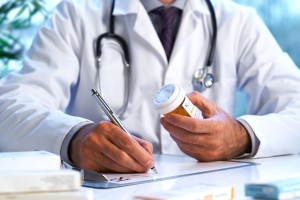 Subsys is powerful version of fentanyl that is designed and approved for cancer patients with acute pain. However, some doctors have begun to prescribe Subsys to patients who do not have cancer. This sort of off-label use for drugs happens frequently, and may be more harmful that either the patients or the doctors initially realize.

Recently, a woman who was struggling with fibromyalgia, neck and back pain was given Subsys. She was not aware that she was taking medication that was not meant for her. This oversight may have not even been made public, but she ended up dying from an accidental overdose.

This particular tragedy was made known to the New Jersey Attorney General, who vowed to take action. Up until then they were less aware of the severity of such off-label prescribing, particularly of a drug as strong as fentanyl. The AG began the process of bringing charges against the doctor, and while the case is still pending, prosecutors are looking to suspend the her medical license as well. 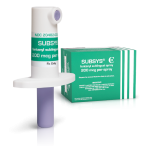 “We’re warning everyone — doctors and patients alike — that Subsys is a fast-acting, extremely powerful drug approved only for a singular narrow purpose — to relieve breakthrough cancer pain. Given this risk, I have instructed the Division of Consumer Affairs to investigate the potential misuse of this highly addictive medication by other providers,” explained New Jersey Attorney General Christopher Porrino.

So when do physicians become liable for prescribing medications? Off-label use is very common, yet there is a lot of subjectivity involved in trying to determine if the doctor was only trying to help or if there is any form of reckless endangerment and malpractice.

Over-prescribing has played a role in our nation’s painkiller epidemic, and situations like the one described in this story gives another example of how patients are losing their lives to powerful narcotics. Hopefully, the regulatory intervention being performed regarding prescribing practices and prescription drug monitoring will help reel in more potentially dangerous drug use and save more lives.