Why Do Some People Develop An Addiction While Others Do Not? 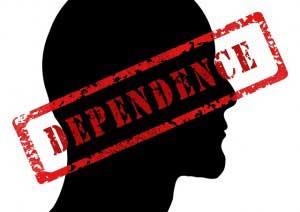 The question of why one person becomes an addict and another person does not have perplexed humankind for ages. To confuse matters, even more, is the question of why some people get addicted to one substance while others get addicted to something else. Although we may never have the answer, there are certain markers that appear to increase the likelihood that someone will develop a substance use disorder.

Studies have conclusively shown that the biggest predictor of addiction is genetic. If your parents are addicts or alcoholics, you are much more likely to become addicted to something yourself. Up to 60 percent of all substance abusers have family members with addiction problems. If your extended family includes addicts and/or alcoholics, you will be at risk for addiction even if your parents do not drink or drug.

The genetic and neurological makeup that predisposes someone to addiction indicates only that addiction is likely to develop. It doesn’t specify the type of addiction that someone will have. The person might become addicted to alcohol, drugs, gambling, sex, overeating, or any number of other addictive behaviors.

Dual diagnosis means someone has a substance abuse disorder in addition to a psychological disorder. People with bipolar disorder, major depression, post-traumatic stress disorder, anxiety disorder, and other psychiatric conditions are more likely to use addictive substances to reduce their symptoms and to help them feel better. Of those who enter treatment for substance abuse, most are eventually diagnosed with a coexisting psychological disorder.

Kids growing up in an environment of crime, poverty, and adolescent substance abuse are at greater risk for addiction than kids who grow up in middle or upper-class families. Kids who are removed from unstable home environments before they grow up are less likely to become addicts or alcoholics. If a child with a genetic predisposition for substance abuse is raised in a healthy environment where addiction is not part of the picture, they have a better chance of getting through life without developing a substance use disorder.

Adolescent And Teenage Drinking And Drugging

Teens who start using drugs and alcohol before age 14 have a significantly higher risk for addiction than those who hold off until they reach their late teens or early twenties.

Many people experiment with drugs and alcohol at some point in their lives. However, the vast majority of people who sample addictive substances don’t feel compelled to keep using these substances again and again. The small percentage of people who do continue to use these substances are more likely to become addicted to them. In other words, the more you indulge in a potentially addictive activity, the more likely you are to become addicted to that activity.

As is the case with diabetes, heart disease, and cancer, there is no specific marker that predicts addiction with any degree of accuracy. No one really knows why one person becomes a substance abuser while another person does not. This is especially true when both people are exposed to similar influences and circumstances.

Study: Even Short-Term Opioid Use can Cause Dependency