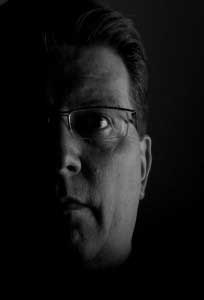 A panic disorder is more common than one might think. It is hallmarked by debilitating panic attacks, often triggered by something the patient is pathologically anxious about. When a patient is aware of the attacks, and their frequency, they develop a conscious fear of the attacks happening again, and this is when you know that they have a panic disorder. Unlike other psychological disorders, there is actually several panic attack intervention techniques, and we will cover those, in length, in a moment.

A panic attack is an unmistakable event. Life is going along smoothly, and then, out of the blue, you begin to hyperventilate, your pulse races, you begin to sweat and tremble. It almost feels as if you are having a heart attack. And, then, as suddenly as it began, its gone, and your body returns to normal. That was a panic attack. In some people, this can be a common occurrence, so much so that they actually develop a fear about when the next attack will come. This fear is known as a panic disorder.

Panic disorders will cause a sufferer to radically change their normal behavior, in hopes of staving off future attacks. They begin to withdraw, not wanting to be caught out in public during another attack. They will often associate the attacks with whatever they were doing before the attack began, and will avoid that situation at all costs. Panic disorder sufferers will often develop agoraphobia, as well, a fear of leaving home, or being out in public.

What To Do Before Staging A Panic Attack Intervention

Prior to staging any sort of panic attack intervention, let alone beginning treatment, it must be determined what the root cause of the panic attacks that caused the disorder is. It is entirely possible that it might have a medical condition of some kind behind the attacks. Medical conditions that can produce identical symptoms to anxiety include hyperthyroidism, endocrine disorders, calcium imbalances, blood sugar issues, and some heart conditions that cause palpitations, and racing pulses.

Panic disorders have also been known to begin after a traumatic event, like a serious illness, the death of a friend or loved one, or a rift in the family. Long time drug users may develop them, as will patients suffering from depression. Once the root cause has been uncovered, a matching treatment can begin, like relaxation breathing therapy. This is a self-help method used to control anxiety, and can be done at any time, when needed.

In severe cases, it may be time to stage a panic attack intervention, please call us for professional assistance.