Information on Drugs, Alcohol, and Interventions in Vermont

When considering a drug or alcohol intervention in Vermont, it is helpful to know the predominance of the various drug activities throughout the state. Commonly referred to as the “Green Mountain State,” the French were the first to build a settlement in Vermont. Since the 1960s, Vermont’s booms in the tourist industry, home-building, and high-technology firms have boosted the state’s economy a great deal. Lately, prosperity has gotten in the way of the state’s concern for environmental issues. Fortunately, the state has maintained a steady effort to preserve its natural beauty. Vermont has even passed laws in regards to industrial pollution and the conservation of natural resources. Unfortunately, the scourge of drug and alcohol addiction has had a negative impact on the state’s well-being.

Marijuana is the most commonly abused drug in Vermont. Domestically produced and imported marijuana is readily available throughout the state. Heroin at high-purity levels is also available in almost all areas of Vermont. Cocaine causes a significant threat to urban areas. Methamphetamine availability remains at a minimum. I-89 and I-91, Vermont’s two highways, ending at the Canada border. These highways provide drug traffickers with easy access to Canada’s and America’s metropolitan regions.

Cocaine is very popular among illicit drug abusers. It is widely-available in quantities from fractional ounces to kilogram quantities. Caucasian cocaine traffickers in the state get their supplies from sources in Massachusetts, Connecticut, and New York. Cocaine is most often smuggled into Vermont via passenger vehicles and sold in bars.

Heroin is available in street and user level quantities throughout Vermont. Heroin purity levels range from 55 to 60 percent. The majority of heroin distributors in the state sell the drug to support their own heroin addiction. Heroin distributors travel to Massachusetts and New York to obtain their supplies from different sources. Methamphetamine remains an insignificant threat to Vermont. Clandestine methamphetamine laboratory seizures have ceased to occur since 1990.

Marijuana is the primary drug of choice for abusers within the state. Marijuana is transported on automobiles, tractor-trailers, and campers from the Southwestern United States into Vermont. Marijuana is available all throughout the state. Some of Vermont’s marijuana supply is also shipped into the state from Canada. High-quality hydroponically grown marijuana is transported into the U.S. by Canadian-based drug trafficking organizations. It is then either distributed in Vermont or shipped to other states such as Massachusetts and New York. Also, marijuana is cultivated locally in certain areas of Vermont. It is grown is large-scale outdoor operations that are controlled by local growers. Recently, though, local marijuana cultivation has been occurring in small outdoor plots, which are harder to detect. Also, include hydroponic and other indoor growing systems, are maintained on a small scale.

A drug addiction negatively affected your life? Have you ever wondered what it would be like to receive treatment from a drug rehab? Drug rehab facilities are actually one of the most effective ways to heal from drug addiction. There are many people who suffer from drug addiction and do not seek professional help. They even try to treat themselves in stopping their addiction. The reality of it is that most self-treatments are not effective. You need help from a professional that is going to come up with a customized treatment plan to fully heal your addiction. Treatment plans are very complicated and are tailored to your specific need. There are many Vermont drug rehabs available to help you heal from your drug addiction.

There has been a significant problem with drug abuse and addiction in Vermont. According to The Treatment Center.com, in the year of 2013 Vermont was the state that showed the highest rate of illicit drug use at 15% of people reporting to use drugs in the past month. In addition, Vermont is very similar to New York and Boston which they all have similarities in the ease of trafficking drugs. However one of the main drug problem in Vermont actually has to do with prescription drugs like opioids. From the year 2004 and 2019, the number of opioid overdose deaths has nearly doubled. Opioids have been a huge problem with the addition to the citizens of Vermont. Many people become addicted to this drug because of the molecular nature, the human body naturally develops a dependency with regular use. It is important that people who suffer from drug addictions seek help from treatment centers.

There are many Vermont drug rehabs throughout Vermont to help you fight your drug addiction. For example, some treatment facilities include the Community Care Network in Rutland, Vermont, which includes addiction assessment, intensive outpatient treatment program based on a 12 step program. Grace House in Rutland, Vermont is another facility that offers 12 beds of sober living and therapeutic programs, 12 step program, and job finding assistance. Brattleboro Retreat in Brattleboro, Vermont is a facility that has been open since 1834 and they help fight addiction with 12 step programs and specialized programs that offer help specific to the LGBT community, children and young adults. There are also residential stay and outpatient programs for patients. There are numerous facilities that offer customized plans to help tailor to your personal situation.

Overall, seeking help is important in getting your life back and recovering. Look for the specific facility that is going to tailor to your situation. It is going to require a lot of work, but with the right help, you can achieve recovery.

Drug or Alcohol Interventions in Vermont 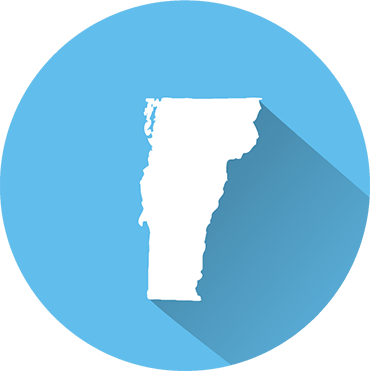