Information on Drugs, Alcohol, and Interventions in South Carolina

When considering a South Carolina Interventionist for drugs and alcohol, it is important to understand the predominance of the various drugs and their activity within the state. South Carolina is one of America’s most popular vacation spots, due to its beautiful location on the Atlantic Ocean. South Carolina is known for its history. The state is full of rich Southern heritage. In 1861, the American Civil War began as state residents began firing on Federal Fort Sumter. South Carolina was also the first state to secede from the Union. Unfortunately, South Carolina suffers from the same drug and alcohol issues that the rest of the nation faces. South Carolina is referred to as a drug “consumer state,” not a “source state”. Recently, though, there has been evidence of organizational activity extending to major distribution hubs, such as New York City (cocaine and heroin), southern Florida (cocaine and Ecstasy (MDMA)), southern Texas/Mexico (marijuana, methamphetamine and diverted/illicit drugs), and southern California (methamphetamine, marijuana and cocaine).

In the metropolitan areas of South Carolina, such as Columbia, Greenville, and Florence, cocaine trafficking is at a stable to slightly increased levels. In Myrtle Beach and Charleston, as well as other tourist areas along the coast, there has been an increase in trafficking levels. South Carolina’s drug supply is primarily shipped into the state on motor vehicles from South Florida, New York, California, and Georgia.

Unfortunately, drug and alcohol addiction continues to plague thousands each year and their loved ones. Addiction can be very difficult to overcome, however, not impossible. When it comes to beating addiction, the method of treatment and quality of care can play a crucial role in successfully treating addiction. Types of drug addiction epidemics vary across the United States and the rest of the world even.

South Carolina, in particular, is currently having an opioid epidemic. For example, in 2016, 550 deaths occurred in the state in the result of a drug overdose on just prescription opioids. While opioid and heroin overdose deaths have begun to slow down, the rate is still climbing. The opioid problem is a little tricky because the addiction can easily start from a prescription of painkillers that initially seem relatively harmless. One sign there may be an addiction going on with prescription medication is when the medication runs out before it’s time to refill. Whether you’re struggling with an addiction or it’s for a loved one, help is available.

There are several South Carolina drug rehabs located throughout South Carolina taking various types of insurance, Medicaid, or Medicare with different types of treatment programs. Depending on the severity of the addiction, it may be possible to choose between inpatient or outpatient treatment. In some cases, those with life-threatening or severe addictions and withdrawal symptoms may need around the clock care. This type of situation would most likely be best suited for inpatient treatment options.

South Carolina drug rehabs can be found in nearly even county for those who do not or cannot be too far from home. To help battles the opioid epidemic and other addictions in the Palmetto State, South Carolina Department of Alcohol and Other Drug Abuse Services (South Carolina DAODAS) has made it easier to find treatment centers, therapy, support groups, and much more in your local area. You can find out more about those services offered to you here.

It is important to continue the treatment thoroughly. This often includes throughout the recovery period. Staying in a treatment program or therapy can help reduce the chance of a potential relapse. Due to the nature of drug addiction therapy, it’s often strongly encouraged that the family seeks any services they may need as well. In some cases, these services may be free or included in patients treated as the entire process of drug addiction typically impacts the patients loved ones. 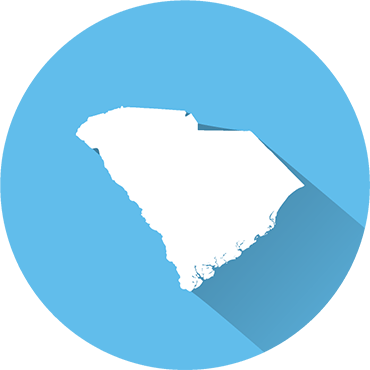