Information on Drugs, Alcohol, and Interventions in Rhode Island

When considering a drug or alcohol intervention in Rhode Island, it is helpful to take into consideration the predominance of the various drugs and their activities within the state. Rhode Island, being the smallest of America’s states, is highly industrialized with a large population. It is home to the large jewelry industry. Rhode Island has an authority-defying nature and is known for supporting freedom of conscience and action. From the burning of the British revenue cutters before the Revolution to its early declaration of Independence from Great Britain is 1776 and its choice to not participate in the War of 1812, Rhode Island has always been rebellious. However, the state’s rebellious ways have not been able to keep it from participating in the wave of drug and alcohol abuse that is prevalent throughout the country.

Cocaine is the most popular abused drug in Rhode Island. High-quality cocaine at 60%-90% purity levels is available in many areas of the state. Rhode Island’s traffickers also supply cocaine to users in Massachusetts, New Hampshire, and Maine. These states also use Rhode Island as a transshipment point for drugs that are going to be distributed in New England. Cocaine is shipped from South America on commercial airlines and motor vehicles into the various Southwest States. Cocaine is also concealed in goods on tractor-trailers and transported into New England from Mexico. A large percentage of this cocaine is converted to crack for retail distribution.

Very high-purity heroin is readily available in almost every city in Rhode Island. Heroin trafficking in Rhode Island is controlled primarily by Colombian, Puerto Rican, and Dominican drug traffickers. Large quantities of marijuana are widely-available throughout Rhode Island. As the supply fluctuates and the seasons change, marijuana prices change as well. Most of Rhode Island’s marijuana is from Mexico, but marijuana from other foreign countries is available to a lesser extent. Marijuana is usually transported into the state via parcel carriers and couriers on airlines from the southwest border. In certain cities, users are also able to obtain hydroponically produced marijuana from Canada. This “hydro” marijuana is sold anywhere from $3500 to $5000 per pound.

Children look up to their parents and use their parents as their role models. Children depend on their parents for their main source of survival. But, what happens when you’re heavily addicted to drugs? What happens to your children when they see their mother or father taking drugs and too high to give them the time of day to talk to them, teach them and feed them? Well, the reality of it all is that your children will soon fail at life and most likely will become what they see, their parents on drugs. In order to protect your family and loved ones, you must get the treatment you need at any one of the Rhode Island Drug Rehabs that are available to you.

According to Health.ri.gov, the number of drug overdoses are steadily climbing and have been increasing over the years. In fact, in 2017 there were a total of 323 drug overdose-related deaths from prescription drugs and illicit drugs. Rhode Island’s drug problem first began with prescription drug painkillers. Many people who would seek medical care for physical pain related issues would receive prescription medication, and from there began abusing the drugs given to them by either requesting the high amount of refills or simply buying the prescription drugs off the market elsewhere. In addition, there has been a record high number of drug-related deaths in more men than women. To be exact, 3 out of 4 people who die from a drug-related death are men. In 2017, there was about 67.5 percent of men who died and 32.5 women who died from drug overdoses.

There are numerous amounts of Rhode Island drug rehabs who offer treatment for drug addictions all throughout Rhode Island. To name a few, there are Phoenix House in Exeter, Rhode Island, which is a facility run by registered nurses 24 hours a day that offers treatments such as medically-monitored detoxes for up to seven days, outpatient services, fitness programs, and 12 step programs. Adcare Hospital in Warwick, Rhode Island is another facility that offers treatment programs such as inpatient treatment, medical detox, acute residential rehab, and medical/psychiatric therapies. The Doric Center in Cranston, Rhode Island is also another facility that is non-profit and offers treatment such as behavioral health counseling and outpatient substance abuse programs for young teens and adults.

Find help now in order to treat your drug addiction. You do not have to let this addiction control you any longer. There are rehab centers currently available to help you change your life. 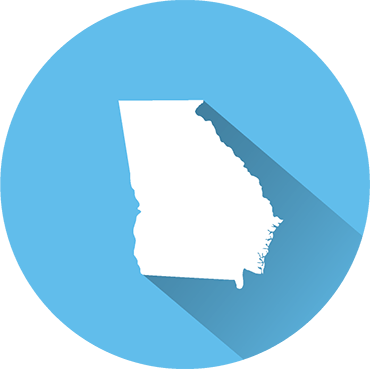