Information on Drugs, Alcohol and Interventions in Oklahoma 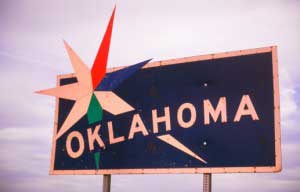 When thinking about a drug or alcohol intervention in Oklahoma, it is important to understand the predominance of the various drugs and their activities throughout the state. In the 1800s, Oklahoma was designated Indian Territory and is still home to many Indian reservations. Oklahoma is one of the states that make up America’s tornado alley. It is abundant in natural gas and oil and is also where the majority of the country’s grain is produced. Oklahoma’s relative isolation from many urban areas has not protected the state from the ravages of drug and alcohol addiction that the rest of the nation suffers from. Methamphetamine is prevalent in all areas of Oklahoma. The drug’s increasing abuse rate and availability have made methamphetamine the most severe drug threat to Oklahoma. The distribution, production, and abuse of methamphetamine are linked to a great deal of Oklahoma’s violent crimes. The violence associated with the drug impacts the safety of Oklahoma’s residents on a daily basis. The number of laboratory seizures from 1995 to 2001 indicates a significant increase in methamphetamine production in the state.

Cocaine is also a serious problem throughout Oklahoma. There are a high number of cocaine abusers within the state, and the amount of abuse among young people is increasing at an alarming rate. Cocaine distribution is often associated with violent crimes in Oklahoma. Mexican drug trafficking organizations and Mexican criminal groups are responsible for the majority of cocaine that is distributed at the wholesale level and transported in Oklahoma. Mexican criminal groups are also in charge of the retail and midlevel distribution of powdered cocaine.

Marijuana is also a popular drug in Oklahoma. It is widely available in all areas and has a high number of abusers. The majority of Oklahoma’s marijuana supply is manufactured in Mexico and supplied by Mexican drug trafficking organizations. Higher-potency, locally cultivated marijuana is also available, although to a lesser extent. Heroin is available mainly in the Oklahoma City and Tulsa area but can be found in a few other cities as well. Mexican black tar heroin is the most commonly abused, but Mexican brown powdered heroin is available in a few choice cities. Law enforcement and healthcare professionals are becoming increasingly concerned with the high rate of heroin abuse occurring within the state.

Drug abuse and addiction have been ongoing issues for people in the state of Oklahoma for many years. As the number of cases has increased, so have treatment options. You can find in and out-patient, some completely free of charge, resources where people who have fallen victim to drugs can get help from certified therapists and doctors so they can once again live healthy lives for themselves and their families. Statistics show that Oklahoma matches the national average of eight percent of adults being addicted to drugs. What is more frightening is that Oklahoma leads the entire nation when it comes to drug use among youth ages 12 to 17.

The goal of inpatient Oklahoma drug rehabs is to focus on not only detoxing patients, which is cleansing the poisonous drugs from their systems but also to address the psychological factors that turn patients to drugs. Some inpatient rehab programs take many days to complete, upwards to even a few months or more in worst case situations. Patients that need these services for longer times have a much better chance at learning to deal with their illness, bettering their interpersonal skills as well as decreasing their chances of relapse.

Outpatient drug rehab centers work a little differently in that the patients will not be housed or living on the premises of the rehab center; however, patients still receive the exact same therapy and treatment as an inpatient resident would get. These patients are allowed to maintain their current lives with work, family and other commitments but still, get the help they need. There are approximately 59 outpatient drug programs in the state of Oklahoma. There are different forms of treatment such as faith-based treatments as well as individual and group therapy sessions.

Drug addiction and abuse do not stop just with the person suffering from the addiction. Lots of times the people addicted become angry, depressed, violent and suffer from a whole other host of issues that directly effects family and friends. Sometimes the one suffering from addiction also become abusive towards those they love when normally they would have never done such a thing if drugs were not part of the equation. This is why many of these drug rehab programs offer family services and is why it is imperative that these people get the help they need. Oklahoma drug rehabs have taken the steps needed to make sure this happens.

Drug or Alcohol Interventions in Oklahoma 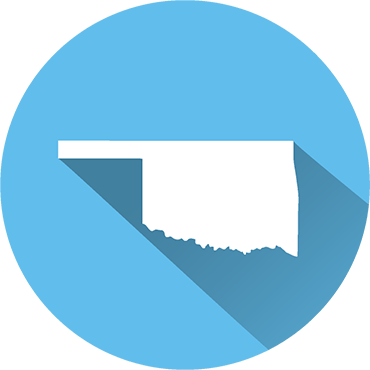