Information on Drugs, Alcohol, and Interventions in North Dakota

When considering a North Dakota Interventionist, it is helpful to understand the predominance of the different drugs and their activities within the state. The rural state of North Dakota is mainly grasslands. Grain and beef production is the state’s primary industries. North Dakota has one of the lowest populations in America, being a population density of 9.3 persons per square mile. The majority of the state’s residents live in The Red River Valley, in Fargo and Grand Forks. Sadly, the residents’ isolation did not protect them from the drug and alcohol problem that is sweeping the nation.

Drug addiction impacts every part of life. It affects your behavior and daily interactions with friends, loved ones, and co-workers. It can also jeopardize your job by affecting your ability to perform and your attendance. Many high functioning addicts feel they’re immune to the ill effects of drug abuse. Some are just in denial about being addicted. Drug abuse can be detrimental to your mental and physical health. It’s very important to acknowledge and address your addiction sooner rather than later.

Drug addiction has reached crisis stages in many areas of the country. Opioids are increasingly becoming the drug of choice for many addicts, as well as methamphetamines. Opioids are very addictive and have the worst withdrawal symptoms of all addictive substances. People suffering from addiction can be helped by completing a drug rehab program. Drug rehabs help addicts to recognize their addiction and the negative habits that reinforce their thought processes, behavior and actions. They also learn about what triggers the need to use drugs and how to resist the urge to use. Coping skills are a crucial part of recovery.

Counseling and therapy are other important components of drug rehabs. Individual counseling and group therapy are frequently utilized, sometimes daily. Many addicts have underlying psychological issues that aren’t being addressed. Drug use is a temporary fix or way of numbing themselves. Medication is also used in rehab to control feelings that might lead to a relapse, and for coping with withdrawal symptoms.

Some states have more of an issue with drug addiction than others, for a variety of reasons. North Dakota is among them. The state has been experiencing an increase in drug trafficking. Residents that indulge in drug use have access to more drugs, including prescription drugs. North Dakota Drug Rehabs are difficult to access for some people because of their location in relation to their home. This has contributed to the sharp increase in drug-related deaths in the state.

The rate of deaths caused by drug overdoses in North Dakota increased by almost 37% from 2014 to 2015, according to the Centers for Disease Control. In addition, there was a sudden rise in drug overdose deaths in 2016 according to the National Institute on Drug Abuse. There were 54 deaths that year, which averaged out to 7.6 per 100,000 persons. That figure was 4.5 per 100,000 in 2014.

North Dakota is one of the least populated states in the U.S. There are about 755,000 people living in the state. The state has a lot of rural areas and the North Dakota Drug Rehabs are not spread throughout the state, which makes it difficult for some to access. Finding a good treatment program and successfully completing it can improve your quality of life tremendously. It may even save your life. 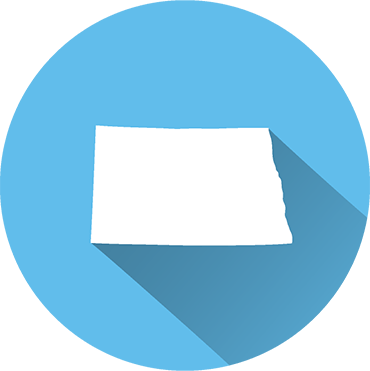