New Mexico drug and alcohol interventions are an option for families seeking a way to get a loved one into treatment. If you have already tried other strategies to get them to change their behavior, you may be wondering whether this approach will work. An intervention can be very effective at getting someone with a substance abuse issue into treatment, and most people who are the subject of intervention do agree to get help for their addiction.

No Waiting for an Addict to Hit “Rock Bottom”

One of the advantages of staging an intervention is that instead of waiting for an addict “hit rock bottom,” it “brings the bottom up.” When someone is addicted to drugs or alcohol (or both), there is no advantage to waiting for the situation to worsen over time.

Instead, the family can take a stand and bring the matter to a head by choosing to have an intervention. This process allows each person in attendance to read a letter they have written to the addict. The letters state the ways they have been harmed by the addict’s behavior, ask the addict to go to treatment and then state very clearly the consequences if the addict refuses to get help.

An addicted person is more likely to go to treatment if they are the subject of an intervention. The outcome of drug and alcohol treatment increases tremendously if there is a sincere desire to commit to embracing a new, chemical-free lifestyle.

When an addict has a high level of support from their family and friends and a good quality treatment program, they are more likely to make the change to a life of long-term sobriety.

To make the intervention more effective, try these helpful tips:

Information on Drugs, Alcohol, and Interventions in New Mexico

When thinking about a drug or alcohol intervention, it is important to know the predominance of the different drug activity within the state. Home to part of the Rocky Mountains and many windswept deserts, New Mexico is known for its natural beauty. Located in the heart of the American Southwest, New Mexico is rich in Mexican and Indian heritage. Santa Fe, New Mexico, is one of the largest artist’s colonies in America. Sadly, New Mexico’s beauty is plagued drug and alcohol addiction. New Mexico is a major transportation center for drugs being shipped into the United States from Mexico. There is a much larger amount of drugs being transported through New Mexico than actually being consumed in the state. The transportation and wholesale distribution of drugs throughout New Mexico is dominated by Mexican criminal groups and Mexican drug trafficking organizations. The retail distribution of illicit drugs in New Mexico is controlled by prison and street gangs, local independent dealers, and criminal groups. Commercial traffic between Mexico and the United States has increased significantly, due to the expanded commercial trade between the two countries. The ports of entry along the Southwest Border have become very congested as a result of the expansion. However, Mexican drug traffickers use congestion to their advantage. They are able to use private and commercial vehicles and couriers to smuggle illicit drugs into the United States under the cover of the congestion.

New Mexico’s most severe drug threat is caused by cocaine, both powdered and crack. Cocaine is most prevalent in the Albuquerque metropolitan and other urban areas of New Mexico. Cocaine prices and purity levels have remained constant in New Mexico since 1999. The transportation of powdered cocaine into the state from Mexico is controlled primarily by Mexican criminal groups and trafficking organizations.

The number of heroin treatment admissions and heroin-related deaths indicates that heroin is a commonly abused drug within the state. New Mexico has the highest number of heroin-related deaths in the country. Mexican black tar heroin is the most abundant type of heroin throughout New Mexico, closely followed by Mexican brown powdered heroin. Mexican black tar heroin and Mexican brown powdered heroin being shipped to the Midwest, Southwest, and Pacific Northwest is often transported through Albuquerque, New Mexico.

Marijuana remains the most commonly abused and widely available drug in New Mexico. Mexico-produced marijuana is the most prevalent; however, locally cultivated marijuana is also available. Mexican marijuana is primarily transported and distributed at the wholesale level by Mexican drug trafficking organizations and criminal groups. Local independent dealers are responsible for the wholesale distribution of locally cultivated cannabis. Both Mexico and locally produced marijuana is distributed at the retail level by street gangs, independent dealers, and Mexican criminal groups.

New Mexico has a high rate of drug addiction. In 2016 the number of overdoses was 497. This is almost 25 deaths per 1000 residents. New Mexico is the leading southwestern state in the rate of opioid and heroine-related overdoses. State health officials are hoping that documented decreases in opioid prescriptions in early 2017 will improve the overdose rate in New Mexico. Improvements in New Mexico drug rehabs are also underway to help recovering addicts.

Drug rehabilitation programs are very effective in treating people with drug addictions. Studies have shown that most participants in these programs stop using drugs and become productive members of society. Not only do rehab programs help people kick their drug habits, but they also give people a sense of purpose, renewing their inner strength and building their confidence to re-enter society and family life at a pace that is comfortable for them.

An in-patient rehab center is a place where people live to work on their recoveries. They may have to temporarily stop attending work or school while participating in in-patient treatment. The typical length of stay in an in-patient rehab facility is one month or longer depending on the patient’s individual needs. Some in-patient drug rehab centers are more luxurious than others, and some may have a cost associated with them, but New Mexico drug rehabs all follow a standard basic regimen because structure and organization allow residents to be as stress-free as possible.

The first step in the program is the detox step. This can be a tough period of time for new residents. They are supervised as their bodies go through withdrawal from drugs and/or alcohol. After the detox period, residents can then begin to participate in the daily activities of the rehab center. Daily activities include waking up early, at least three meals a day, a lot of therapy sessions including group therapy and individual therapy, and activities such as exercise or leisurely trips. After a rigorous daily routine for a specified amount of time, residents emerge from the program as productive citizens ready to tackle society.

Outpatient treatment allows patients to continue in their daily lives as usual while receiving treatment for their addictions. Patients sign up and begin receiving treatment and therapy, sometimes on the very first day. Buprenorphine and methadone are sometimes administered to wean addicts off of opioids or heroin. The amount administered and the length of time that it is administered depends on the individual needs of the person. Patients of outpatient rehab programs participate in at least 10 hours of therapy per week. 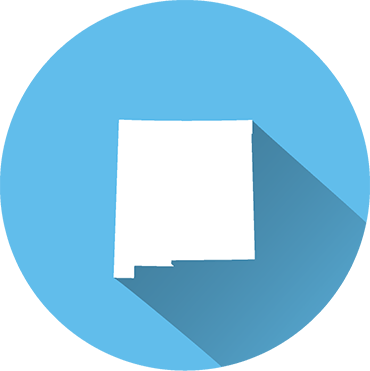