Information on Drugs, Alcohol, and Interventions in Mississippi 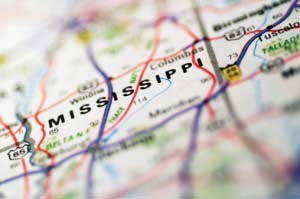 Mississippi is a prime transshipment location for large quantities of illicit drugs that travel from the Southwest to the rest of the country. Due to the large quantities, law enforcement has had a difficult time trying to control illegal drugs moving into and through Mississippi. Many of these illicit drugs are either transported via highway or by the river ports throughout the state.

Methamphetamine, also called meth, is a very serious problem in Mississippi. The drug is causing a great concern for law enforcement because usage is increasing at an alarming rate. Other than marijuana, cocaine is another drug that takes a major effect on the state. Cocaine is seen throughout the state of Mississippi. MDMA, also known as Ecstasy, is the most prevalent club drug throughout Mississippi. These “club drugs” are primarily abused by middle-to-upper-class young Caucasians in the metropolis area.

Dealing With Substance Abuse in Mississippi

According to the recent findings by the National Institute on Drug Abuse, illnesses that are related to drug abuse are responsible for tens of thousands of deaths reported each year. In 2015, at least 56,000 individuals lost their lives as a result of overdoses. The statistics further show that at least 19 million American residents are struggling with substance abuse. The situation does not seem to get better, a fact that has forced the United States government to declare the abuse of substances an epidemic. Heroin is one of the most abused opioids. The numbers of people, who overdose various prescribed pills, as well as opioids, has been on the rise in the last couple of decades. The situation is indeed worrying and a collective responsibility ought to be taken.

All kind of people have faced the addiction despite their social status, ethnicity, gender or even sexuality. Each state in the United States is faced with a different kind of addiction. Mississippi, for instance, had been heavily hit by the use of opioid. Reports from the Mississippi Department of public health indicate that the locality is most hit with painkiller prescriptions. The Center for Disease Control and Prevention further shows that in Mississippi, at least 120 prescriptions for painkillers were made for the year 2012 alone.

The number of deaths registered is worrying. At least 1,200 loved ones die out of the addiction. It is important to note that as much as everyone predisposed to addiction, having the drugs readily available puts more risk. To deal with the addiction, a robust support system should be created. Relevant infrastructure should not be left out as far as the fight from addiction is concerned. It is sad to note that only 11 percent of individuals requiring the attention of the Mississippi drug rehabs receive it.

All, however, is not lost. Some of the Mississippi drug rehabs are specially created to help individuals overcome their addictions. One of such organizations is the Treatment Center of the Palm Beach, Mississippi. They are the lead providers of expert-based treatment for mental health treatment as well as medicine addiction. Individuals working in this organization are not only qualified but also empathetic. For starters, the experts begin by understanding that every patient is different. They further device the relevant means of meeting the need of the patients. They employ various techniques among them group therapy, individual sessions, medically supervised detox as well as a 12 step methodology.

As a company founded by a family who has struggled with substance abuse, we know what it is like to have a major rift within the household that comes from drugs and alcohol. We have taken our experiences, turned them into our passion, and created Intervention Services USA in order to help families just like yours every day. Call now to speak to one of our qualified substance abuse counselors and interventionist specialists and get the help your loved one truly deserves. 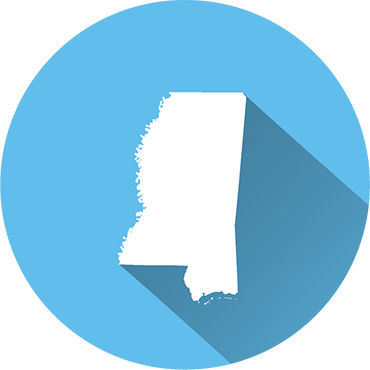