The key to a successful drug & alcohol intervention in Connecticut is planning. If your loved one is struggling with substance abuse, it is vital to get every detail of the intervention right. This meeting presents a chance to bring matters to a head and have a conversation that will persuade him or her to go to treatment.

Mistakes to Avoid During an Intervention

The intervention should focus on getting the addicted loved one into treatment. Since addiction causes a strain on the entire family, it makes communicating with the addict challenging.

Some family members may feel a sense of guilt or shame when talking about their loved one’s addiction. An addict may try to shift blame for their actions to other family members. When making these types of statements, it usually leads to strong reactions from family members. Some people may try to correct the addict’s point of view, while others may become upset and hurt.

When tempers flare, it’s easy to lose track of the reason the family has gathered. As you plan the intervention, invite members who are most likely to stay focused during the conversation.

Focusing on the Past

During an intervention is not the time for the family to bring a laundry list of times their addicted loved one has “done them wrong.” A loved one’s substance abuse issue is no excuse for bad behavior. However, focusing on past events during the intervention will make the addict feel that the family is ganging up on them. It’s more difficult for him or her to hear the message about getting help.

Avoid Mistakes During an Intervention by Getting Professional Help

Families don’t have to approach a drug & alcohol intervention in Connecticut on their own. A professional interventionist works with the entire family to provide help and support throughout the process.

The pre-intervention discussion also involves the role of the family. The interventionist may suggest to one or more family members that they could benefit from getting help, too. If the addicted loved one is going to transition successfully into long-term recovery, relationships with family members need to change.

Information on Drugs, Alcohol, and Interventions in Connecticut

Before hosting, or even looking for, an intervention, families must take into account what drugs are more common in their state and how they affect it. Doing this allows them to understand what is going on in the world of addiction. Even though Connecticut is near New York City, the state does not offer many resources for alcohol and drug addiction. Fentanyl, cocaine, opioids, and heroin are the primary substances, abused in Connecticut. Fentanyl has become a significant issue in states all across the country. The drug is ten times stronger than heroin and often sold as a heroin replacement without the addicts knowing. Fentanyl-related deaths in Connecticut have risen by 148% from 2014 to 2015.

The footprints of drug abuse have left rather large. From 2013-2016 alone, the taxpayers of America put for 327 billion to try and control the drug problem. This study leads to what parts of America affected most by drug abuse. In the 19th percentile, Connecticut is right there in the middle for those who use drugs illegally in the past month. For drug overdoses, Connecticut ranks within the 11th percentile. An alarming rate also affects the Youth of the state of Connecticut. Within this month the teen and adult percentile has merged with the same statistics. This study has also led to many arrests on campuses all across Connecticut, including drug arrests, illegal substance abuse, selling illegal substances, consuming illicit substances, or offering illicit substances, on school property in the last year. This pandemic creates a significant health risk to the public, as well as a substantial threat to the population of Connecticut. Compared to motorcycle accidents, drug abuse takes the cake. Heroin is the number one in this percentile. There are very few cities that have not been hit by the heroin epidemic. A large portion of the overdoses in Connecticut are vastly heroin overdoses. Within recent years the overdoses of prescription drugs have risen tremendously. The age range of the opioid overdose is 17 to 72. The route of the epidemic is being hit harshly by public health officials. They believe a big part of it is trafficking and the tracing of drug behavior. Five hundred thousand people died from drug overdoses between 2000 and 2014, according to the Centers for Disease Control and prevention.

Unfortunately, treatment centers face significant cuts as far as their budgets towards Connecticut drug rehabs. The 34 million dollar budget will be slashed by the Department of Mental and health Addiction Services this year, bringing down the number of beds that can get people in for treatment. As the budget goes down, there is a hundred and fifty percent increase in drug addicts within Connecticut. There are only nine drug addiction treatment centers in Connecticut. They treat drug abuse and drug overdose patients as well as inpatient and Outpatient Care. If anyone expects change to happen, it’s going to need to hit at treatment and prevention areas within Connecticut drug rehabs. The national anti-drug media campaign works with local groups to give the message and warn about the dangers of Youth consuming drugs and participating and drug-related activity. They use the power of advertisement and media to convey their message.

Why Choose Us for Interventions in Connecticut?

Due to Connecticut not having as many resources for interventionist as other states, we tend to see families pick an interventionist that is not perfect for their situation. We specialize in finding the right interventionist for every situation and creating a tailored recovery plan in states that have limited resources. As a company founded by a family who has struggled with substance abuse, we know what it is like to have a significant rift within the household that comes from drugs and alcohol.

Our employees have taken their life experiences and turned them into their passion for helping families that struggle with substance abuse every day. Due to passion fueling our fire, we have become the most significant intervention service provider in North America, delivering around 400 successful interventions per year. Call now to speak to an intervention and treatment coordinator. 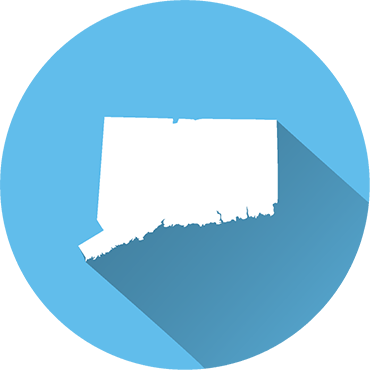