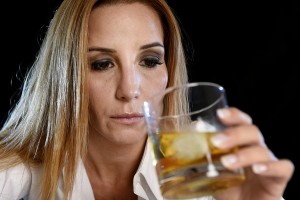 Men have generally had the highest percentages of drug abusers as well as heavy drinkers. However, new research shows that more women than ever are drinking, and they’re drinking almost as much as men.

Past studies show that men were more than three times as likely to suffer from alcoholism than women. It was also more common for men to drink after work or at social events. The new study, which appears in the journal BMJ Open, shows that the gap between male and female consumption is narrowing quickly. And while it is not clear exactly why women are consuming more alcohol than before, it may be due to increased female presences in the workforce and added stressors at home. In the past, women were more likely to stay home and raise children than work full time while also raising children.

Regardless of the cause of this new phenomenon, it will be important to embrace women in alcohol treatment modalities. “The essential thing to highlight is that there is treatment available for anyone suffering with alcohol abuse, both men and women. However, the focus here is women because there seems to be a stigma associated with women who drink and need help, as alcohol consumption is viewed as a male phenomenon,” explained Katherine M. Keyes, an associate professor epidemiology at Colombia University.

Increased outreach to women who may be suffering from alcoholism is also important, as well as more prevention efforts for girls and younger women. For those who get caught in the trap, addicts often feel more comfortable receiving treatment in an environment that is more gender-specific.

If you have a loved one who needs help for alcohol abuse or addiction, contact us today to find out more about successful intervention and treatment programs.

Prescription pills and alcohol lead to deadly crash in Austin