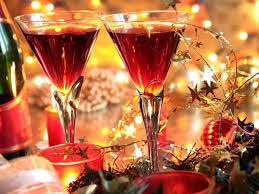 Holiday Drinking is More Dangerous than Most People Think

Black Wednesday, Thanksgiving, Christmas Eve, Christmas, and New Years Eve, what do all of these days have in common? Drinking, holiday drinking has been on the rise lately and causing a lot of damage. The fact that we now acknowledgment the day before Thanksgiving as Black Wednesday, shows that we are headed down a dangerous path during the holidays.

Black Wednesday was started by college students, as a play on words with Black Friday. Black Friday is known as the day after Thanksgiving where everyone goes extreme shopping and gets “incredible” deals on all of their holiday gifts. Well Black Wednesday is when all of college students come home from school and go out drinking to an extreme level, some to the point of a black out, hence the title of the day again. Well now everyone is catching on to this new holiday event. It is not just college kids anymore. A lot of people are partaking in this event. They view it as a way to kick off their long holiday weekend, by drinking to the point of blacking out.

The CDC reports that between the day before Thanksgiving, Black Wednesday, and New Years day, 700 people per day will be killed nationwide in drunk driving accidents. That does not even count the ones that will die from alcohol poisoning or other alcohol related deaths. Over 700 deaths in one day, a holiday no less, is a tragic number. One example of this statistic is the death of Ryan Knight. Ryan Knight was a cast member on the MTV show “Real World”. He was known for his crazy antics and drinking. His body was found unresponsive Thanksgiving morning, on the floor of his friend’s house. Investigators found that he had choked on his own vomit, likely due to drinking too much alcohol and rumors that he may have taken some pills. We are still waiting on toxicology reports to clear up this matter. That is just one example of this “fun” holiday event.

When people think of holidays, they think of holiday drinking. While some people can have just a few, there are others that simply can’t. That is way there is such a high alert when the holidays come around. If you notice, there are more police out patrolling the areas, there are more sobriety check points set up in various places, and establishments that serve alcohol are trained to be very cautious when serving alcohol around the holidays. So while you are out and about this holiday season, be aware of your environment and what is happening around you. The sad fact is that of the 700 people that die on these holiday drunk driving accidents, not all of them were the ones that were drinking. Drunk driving accidents take the lives of innocent people all the time, whether it is a head-on collision or another type of accident, be alert when driving or even walking on these holidays.

The Heartbreaking Story of a High Functioning Alcoholic