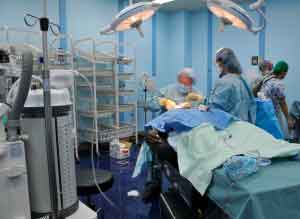 These days it seems like everyone is addicted to something. People are getting hooked on scratch-off lottery tickets, triple chocolate cupcakes and everything in between. One of today’s most upscale addictions is a cosmetic surgery addiction.

Why Do People Get Cosmetic Surgery?

Many people undergo cosmetic procedures to correct facial features like a hooked nose or a cleft palate. Others get face lifts to look younger. Some people get cosmetic surgery to “fix” features that have always bothered them, like getting an implant for a receding chin.

Most people are pleased with the results of these surgeries, and after treatment is completed, they move on to other things. However, there are cosmetic surgery addicts who go “under the knife” routinely but are never satisfied with the results. This keeps them busy searching for the next magical surgical procedure, one that will finally allow them to live happily ever after.

What Happens When Someone Develops A Cosmetic Surgery Addiction?

Usually, a cosmetic surgery addiction starts off innocently enough. A patient might want fuller lips, larger breasts, a smaller tummy or fewer frown lines. However, once the procedure is completed, the patient feels disappointed with the results, decides that an additional cosmetic procedure is necessary, and promptly schedules another surgery.

What Is Body Dysmorphic Disorder?

Addiction professionals believe that an underlying psychological disorder called body dysmorphic disorder (BDD) is the root of cosmetic surgery addiction. Those with BDD are obsessed with how they look, and they are always on the lookout for even the slightest irregularity in their physical appearance. BDD affects men and women equally, and it usually begins in adolescence.

How Does BDD Become A Cosmetic Surgery Addiction?

Those with BDD equate happiness with beauty. Although people with BDD can, in fact, be very beautiful, they are constantly overwhelmed with negative feelings about how they look. Even when they look perfect — which they often do — people with BDD will identify and focus on one particular aspect of their appearance which they consider a “fatal flaw.”

BDD sufferers can be addicted to examining themselves in mirrors, sometimes for hours at a time. They keep trying to fix what they perceive as a problem, always hoping that the mirror will show that the flaw has finally disappeared. What usually happens, however, is that someone with BDD will look in the mirror and perceive the flaw to be even worse than it was before.

A person with BDD can also be frightened of mirrors and avoid them altogether. That’s because when the person sees their reflection, all they can see is that the perceived flaw is still there. The “fatal flaw” might be anything from ears that appear to stick out too far to what someone with BDD would consider “a really horrible haircut.” To others, the haircut might look fabulous, but to someone with BDD, it has already become “the worst haircut in the world.”

Once a “fatal flaw” is identified, someone with BDD might spend hours at a time trying to “fix” the problem without success. Because the so-called fatal flaw always involves the face or body, people with BDD are prone to think that whatever the problem is, cosmetic surgery will fix it. For those with BDD, expectations about cosmetic procedures are very unrealistic. Once the procedure is completed and the problem is solved, the BDD patient will turn his or her attention to yet another “fatal flaw.” Being unable to fix the problem unassisted, the cosmetic surgery addict will schedule yet another surgical procedure to correct a new “fatal flaw” that now appears to have been the real cause of the problem.

No one really knows what causes BDD. It usually occurs in those with serious mental health disorders like major depression, post-traumatic stress disorder (PTSD) and anxiety disorder. Cosmetic surgery addicts may also abuse drugs and alcohol. This has led researchers to theorize that BDD may be caused by a chemical imbalance in the brain.

People with BDD are often insecure and unhappy. They have low self-esteem and a higher-than-average number of suicide attempts. To avoid painful emotions, someone with BDD will zero in on a perceived flaw and then decide that cosmetic surgery will fix it. When it doesn’t work, the person with BDD simply moves on to another “fatal flaw” and schedules another cosmetic procedure.

Although cosmetic surgery addiction and the BDD that underlies it are considered serious conditions, many patients have been helped by a combination of medicine and individual or group psychotherapy.