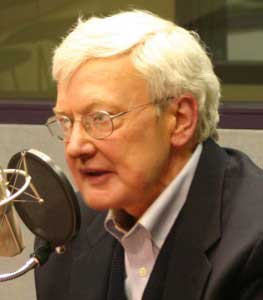 Roger Ebert Wrote a Blog about His A.A. Experience

On August 25th, 2009 Roger Ebert, the famed movie critic, published a blog. This blog that he published in his online journal was very private to him. He explained that he was an alcoholic and went on to describe his experiences in A.A. meetings. He claimed that he was not breaking the rule of anonymity that Alcoholics Anonymous holds very high. He stated that he was not one of those celebrities that held a press conference every time they entered rehab. He explained that A.A. is anonymous not because of shame but because of cautiousness. People who announce to the public that they have a newly found sobriety have an alarming tendency to relapse. Roger claimed that due to his condition, struggling with cancer and having multiple surgeries, he physically cannot drink. With that being said, he claimed he was safe from a relapse. He went on to explain his logic, “So consider this blog entry what A.A. calls a “12th step”, which means sharing the program with others.” Roger wanted this article to be about helping others. He claimed if he told his story, someone might read it and be inspired to take the next step towards sobriety.

He wanted everyone to know that this was not his drunkalog. A drunkalog is when a person in A.A. recounts their drunken behavior and explains when they hit rock bottom. Roger was very clear that what happened in an A.A. meeting room stayed in that room.

His story begins like this, “In August 1979, I took my last drink.” Roger continues, “It was about four o’clock on a Saturday afternoon,” it is very vivid in his mind, “the hot sun streaming through the windows of my little carriage house on Dickens.” Ebert recounts, “I put a glass of scotch and soda down on the living room table, went to bed, and pulled the blankets over my head.” He exclaimed, “I couldn’t take it anymore.”

That Monday Roger Ebert went to his doctor. He had been going to this doctor for quite some time. Roger claimed that when he went in, the doctor already knew what was coming. Roger expressed his concern that he thought he may have a drinking problem. The doctor agreed and pointed him in the direction of going to an Alcoholics Anonymous meeting.

Roger was very skeptical about attending one of these meetings. He thought of it as a room full of depressed people that could not drink anymore or a place where they taught you how to drink and drive. His pride told him that he could quit on his own. The doctor said that was fine, but to come back for checkups once a month. Ebert agreed, but soon found a problem. “The problem with using will power, for me,” he continued, “was that it lasted only until my will persuaded me I could take another drink.”

Roger went on to explain his problem, “You take the first drink. The second drink takes itself.” He claimed that this was his problem. He could not stop, or found it very difficult to stop. He would drink for hours upon hours and would pay for it dearly the next morning with a horrible hangover.

Ebert went on to explain his A.A. meeting environment, “I have attended meetings in church basements, school rooms, a court room, a hospital, a jail, banks, beaches, living rooms, the back rooms of restaurants, and on board the Queen Elizabeth II.” He explained that A.A. worked for him and it is always there if you need it. He made it very clear that he was not pushing anyone to go to these meetings, but simply letting you know they are there and really in a lot of different places.

With there being some negative press on A.A., like claiming it is all about religion or even that it is a cult, he simply said, “Don’t go if you don’t want to. It’s there if you need it.” Some people believe that because the steps are claiming there is a higher power and mention the word God, that they are a religious group that pushes their views onto others. Step 1 is we admitted we were powerless over alcohol and that our lives had become unmanageable, which is an agreeable statement. Step 2 raised some eyebrows by stating, come to believe that a Power greater than ourselves could restore us to sanity. Step 3 is the one that really pushes people over the edge stating, make a decision to turn our will and our lives over to the care of God as we understand Him.

Roger claims the last step is always taken out of context. It states God as we understand Him. That means we are to interpret God however we want to. He claims that he never felt religious pressure there and it was never really a subject matter that came up. He claimed that is was a safe place to discuss your problems and relate to others in the same situation.

Roger claimed that A.A. was so anonymous that he didn’t know where to find a meeting at first. His doctor gave him the name of another doctor to talk with, but that doctor said he only did inpatient treatment. Roger was not willing to put his job on hold, so that doctor directed him to a counselor. The counselor was able to find a meeting for Roger to attend and even put him on the hot seat by asking if he could be there in an hour. He did go there. The most interesting thing about the A.A. meeting room, it was 10 steps away from Roger’s desk at work. They held meetings in the Chicago Sun-Times building, in the auditorium, next to Roger’s office. He did not know that A.A. meeting were held there. He continued going to meetings everywhere and claimed he loved the program and friends he made there. “It was the best thing that ever happened to me. What I hadn’t expected was that A.A. was virtually theater.” This was perfect for Roger Ebert, since he was the famed movie critic.

The Heartbreaking Story of a High Functioning Alcoholic