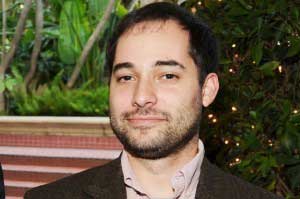 Everyone expects comedians to be happy and bubbly 24 hours, 7 days a week. People rarely think of comedians as the ones who need help being happy, but time and time again we see comedians struggle with their dark secrets or even try to make light of an otherwise depressing situation. That is exactly what happen last week. Parks and Recreation producer Harris Wittels dies of a heroin overdose that many people close to him knew he was struggling with. Wittels was discovered dead at age 30 by his assistant, in his home on February 19, 2015. His death, which was a shock to everyone, came just a week before the “Parks and Recreation” finale.

Wittels moved to L.A. in 2006 after graduating from Boston’s Emerson College. The following year, Sarah Silverman hired him to write for Comedy Central’s “The Sarah Silverman Program”. His colleagues often joked about how annoying he was at being successful so quick. Wittels also wrote for HBO’s “Eastbound & Down”, before joining “Parks and Recreation” in 2009. On “Parks and Recreation”, he began as a second season staff writer, but with talent like his, he quickly became a producer and also had a small part in the show. He played Harris, a spacey, animal control officer, which was based on himself.

He was very close with the people he worked with. Amy Poehler, found out about his passing a few hours before she took the stage for Unite4Humanity’s event. Everyone expected to see a happy, bubbly Amy, like she always is, but she was not. In her heartbreaking speech, she talked about Wittels, his addiction, and helping people that need it.

Amy soberly states, “So today, I lost a friend. I lost a dear, young man in my life who was struggling with addiction and who died just a few hours before we came.” Amy continues, “Jane [Aronson] and I sat and talked about it, and I’m sharing it with you because life and death live so closely together and we walk that fine line every day.” Amy continues with hope, “At the end of the day, when things happen in our lives and we turn to people that we love and we turn to family and community for support, we lean on people and hope that they will ease our pain.” Amy stressed the importance of a brighter future, but confessed, “I don’t really feel like telling any jokes. I’m kind of sad.”

Wittels was doing lethal amounts of drugs and did not keep it a secret. He would make jokes about his addiction battles in stand-up comedy appearances and interviews. He discussed in detail his downward spiral in November on Pete Holmes’ “You Made It Weird” podcast. Wittels described how he was addicted to prescription painkillers that lead him to rehab. He confessed he relapsed immediately, stating that not even 15 OxyContin pills taken at once could get him high. That is when he decided to move on to a cheaper drug, heroin.

Wittels was still functioning while abusing heroin. He was planning a move to New York and had already signed a lease on an apartment three days before his death. He and “Parks and Recreation” star Aziz Ansari were planning on collaborating on screenplays. Aziz was in shock from the news of his death, along with everyone else.