Tennessee Drug and Alcohol Intervention and Enabling an Addict

When families first suspect that their loved one is getting high or drunk, they may not know how to deal with the situation. One or more family member can get caught up in enabling the addict under the guise of trying to help. A Tennessee drug and alcohol intervention will identify this behavior and help them to start repairing the damage.

What is Enabling an Addict?

Enabling is providing help to someone when they can and should be able to handle the task on their own.

Families and Enabling an Addict

The following are situations where addiction prevents an addict from doing something that would normally be expected of them.

When family members see their loved ones in these situations, they may want to help. They call the addict’s employer, offer money to help him or her pay rent or buy food or drive them where they need to go. These offers seem to be helping someone out of a difficult situation in the short term, but don’t allow the addict to experience the consequences of the addiction.

If an addict doesn’t feel any pain from the choices they are making, they don’t have any incentive to change their behavior. They continue to use their drug of choice, and the addiction gets stronger over time.

Tennessee Drug and Alcohol Intervention and Enabling an Addict

In the days spent preparing for intervention, the interventionist works with the family and asks questions about their relationship with their addicted loved one. He or she looks for signs of enabling and patterns that an addict may use to encourage the family to continue this behavior.

An addict may say that if the family tries to set boundaries or make them go to rehab, that they will hate the family, never speak to them again, disappear or commit suicide.

Addicts are very good at blaming other people and circumstances for their addiction. The family then rushes in to fix the problem, and become enablers.

The intervention marks a change in the relationship between the family and the addict. It’s a sign that the family is going to change and no longer be enabling the addict, whether the addict decides to go to treatment or not. The family will become a healthier one as a result.

Information on Drugs, Alcohol and Interventions in Tennessee

When thinking about a drug or alcohol intervention in Tennessee, it is helpful to know the predominance of the different drug activity throughout the state. The city of Nashville, Tennessee is famous for being the Country music capital of the world. Famous musical greats such as Johnny Cash, June Carter, Dolly Parton, Patsy Cline, Elvis Presley, and Willie Nelson have made their way to Nashville’s Grand Ole’ Opry House. Tennessee was a Confederate state during the American Civil War. Tennessee follows closely behind Virginia in being the site of the Civil War’s bloodiest battles. Sadly, though, Tennessee has not been able to avoid the tide of drug and alcohol abuse that is so prevalent throughout the rest of the nation.

Tennessee shares a border with eight other states. The interstate and highway systems run through four of the state’s major cities and traverse all eight borders. The large amounts of traffic traveling these interstates make it a prime transportation area for drugs being shipped to and through Tennessee. Because of this, the neighboring state’s drug problems also affect Tennessee.

Other than locally cultivated marijuana, Tennessee is not a major source area for drugs. Instead, Tennessee is mainly a “user” and a transshipment state. Tennesseans’ security is threatened daily by the abuse and distribution of illicit drugs throughout the state. Large amounts of drugs are transported through Tennessee by drug trafficking organizations delivering drugs to other states.

Cocaine is the most significant drug threat to the state. Crack cocaine is widely-available and often abused in Tennessee. Crack cocaine is also linked to more violent crimes committed in Tennessee than any other illicit drugs. Marijuana is the most commonly found drug throughout the state. Marijuana abuse is most prevalent among teenagers. Marijuana is a less severe threat to Tennessee, though, due to the fact that marijuana distribution and abuse is not often linked to violent crimes. Methamphetamine is also associated with less violence than cocaine, but is increasing in availability is being abused more often.

Other dangerous drugs, such as MDMA and pharmaceutical drugs are only available and abused in certain areas. Heroin poses the least severe drug threat to Tennessee and is also the least abused.

From 2011 to 2015, deaths from opioid abuse in Tennessee have jumped from 1062 to just under 1500. Drug and alcohol use in the state drains nearly $2,000,000,000 from the citizens’ pockets annually. Quite a stifling figure. The University of Tennessee Health Science Center estimates that the opioid epidemic also leaves around 31,000 of the state’s citizens unemployable as well. Thereby giving it a sizable economic impact. Nearly 1.3 billion in lost revenue. Nearly 240 million of that in the state tax revenue. No small amount by any means of the imagination. The study was done in a conservative fashion, so the actual loss from the opioid dependency crisis is thought to be even greater. All of the public health officials around the state believe that the problem is getting worse. This epidemic forecasts a downward spiral for the state of Tennessee. But, there is always hope …

The University of Tennessee Health Science Center’s top members wants to organize educational programs for their physicians so that they are trained in the treatment of substance abuse, including addiction medicines.

The state of Tennessee has many advanced substance abuse treatment centers with highly trained, expert staff members located all around the state. Most of them offer in-patient treatment where you stay on the treatment center’s campus as they help educate and rehabilitate patients so that they can once again be a valued member of their community. I have listed several Tennessee Drug Rehabs below along with the location of their facilities around the state.

We can provide intervention help in these Tennessee cities and other towns throughout the state:

Drug or Alcohol Interventions in Tennessee 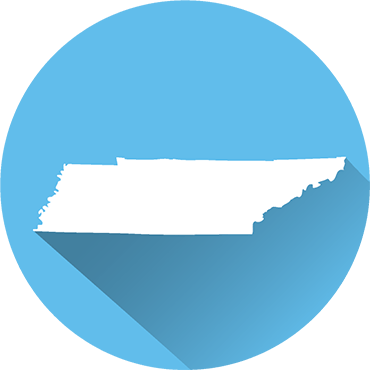