The teen years can be difficult for many young people. Some of them experiment with drugs and alcohol during this time. When experimenting becomes a regular part of a teen’s life, consider holding a New York drug and alcohol intervention.

Young people are dealing many issues during the teen years, including managing physical and emotional changes, dealing with friends, learning about dating and trying to figure out who they are. In the midst of all this, they also need to keep up with their studies and make a decision about what kind of career they want to pursue. It’s a tall order.

Teens are known for their impulsivity and interest in experimentation. The incentive/reward part of the brain matures earlier than the ability to stop and think about consequences, according to the National Institutes of Health.

The part of the brain that regulates decision-making ability and impulse control continues to develop until a person is in their mid-twenties. Teenagers are unable to make decisions based on the long-term consequences of their actions. They are only able to see the immediate rewards.

When drugs and alcohol are introduced to a still-developing brain, the chemicals act on its reward system. If a young person becomes addicted, they are going to be completely focused on getting their drug of choice. It becomes even more challenging for them to see past the immediate rewards of getting drunk or high to the long-term benefits of a sober lifestyle.

It is important to act quickly when you discover that a young person in your family has developed a substance abuse problem. Dismissing it as a “phase” or something they will grow out of will make it more difficult for them to get sober.

A teen intervention is a bit different from one being held for an adult. In the time leading up to the intervention, the parents may have pulled back if the teen has started exhibiting any (or all) of the following behaviors:

Pulling back in the face of these types of behavior only leads to a young person continuing to act out, creating more conflict in the home. Holding an intervention is an opportunity for parents and close family members to confront the teen directly.

The parents need to discuss appropriate limits and consequences for their teen before the intervention. If the young person refuses to get treatment, there will be specific consequences. However, unlike a New York drug and alcohol intervention performed on an adult, the consequences cannot involve withdrawing all support.

Parents of a teen must still provide the necessities of life (food, clothing, shelter), but they can take away privileges such as access to a vehicle or paying for a cellphone if it means getting their child the help they need.

Information on Drugs, Alcohol, and Interventions in New York

When discussing how to plan a successful drug or alcohol intervention, it is helpful to understand what types of drugs are prevalent in your state and how they affect it. As one of the most well-known states, New York is one of the busiest and most populated areas in the United States. The state’s major city, New York City, is where a majority of the country’s major industries are based. NYC is also where a large portion of the state’s population lives. This has created an entire sub-culture surrounded by drug and alcohol abuse; which also why it is known as a major drug distribution center and destination for users.

The substances with the most impact in the state are alcohol, heroin, crack, cocaine, and MDMA. With the increase of heroin and opioid addiction, just like many other states, New York is not spared from having a severe uptick in overdoses. These heroin overdoses are mainly caused by Fentanyl, a drug that it ten times stronger than heroin and are being sold as heroin. Illicit drugs, such as cocaine and heroin, are typically imported from other countries (such as South America, Colombia, and Canada). Other than being sold on the streets, these illicit drugs are then often sold at the retail level (bars, grocery stores, mini-marts, etc.). In order to sell these drugs discretely, many dealers create labels on these products to try and mask what is truly going on.

Do you know someone who is currently facing an issue with drug abuse? Drug addiction is a serious illness and can affect someone in so many ways. It also affects the people around them and the people they love. People turn to drugs for comfort and later become dependent on them. Without the proper assistance and support, people get trapped in the drug addiction war and get further and further into the drug addiction making it harder for them to ever recover. it is important that those who are facing a drug addiction receive the help that they need immediately. There are many New York drug rehabs that will provide the necessary care to overcoming drug addiction.

According to Theduneseasthampton.com, there was about 9.82 percent of residents living in New York who reported to use illegal drugs in the most recent month. In addition, related to drug-induced deaths, there were 9.2 per 100,000 people who died. People are dying every day of drug-induced deaths. Sadly and shockingly, there are young people, high school aged who are dying everyday of drug-related overdoses. In New York, one of the major drugs that have always remained to be a huge problem is heroin. Actually, New York has been considered to be the number one place of heroin distribution. Many people are suffering from heroin abuse. In fact, there was an increase of 44 percent of people reporting treatment of heroin abuse.

There are many treatment facilities that offer assistance with getting your life back. People with drug addictions need professional help to fully recover. There are New York drug rehabs that offer specialized treatment programs to tailor to each individual. For example, Phoenix House is a treatment facility found all throughout New York and they offer facilities for both men and women, women who are pregnant or even currently caring for young children. Hazelden Betty Ford Foundation is a facility who offers separate facilities for treating adults and young adults with addictions. Nyack Hospital is a hospital that offers one of the best drug treatment programs that allow individuals with addictions to receive medically-monitored detoxification, inpatient and outpatient care and opportunity to work closely with medical professionals.

Overall, there are a variety of drug rehabs all throughout New York. It is best to find the program that is going to work best with your specific location. Many people have different situations that require special types of care.

We commonly see that when someone is seeking an interventionist, they will most likely limit their choices to therapists within their state. Even though hiring a therapist may seem like the right choice at first, they may not be the right choice in hosting an intervention. As a company founded by a family who has struggled with substance abuse, we know what it is like to have a major rift within the household that comes from drugs and alcohol. We have taken our experiences, turned them into our passion, and created Intervention Services USA in order to help families just like yours every day.

Intervention Services USA is the largest intervention service provider in North America, delivering around 400 successful interventions per year. Call now to speak to one of our qualified substance abuse counselors and interventionist specialists and get the help your loved one truly deserves. 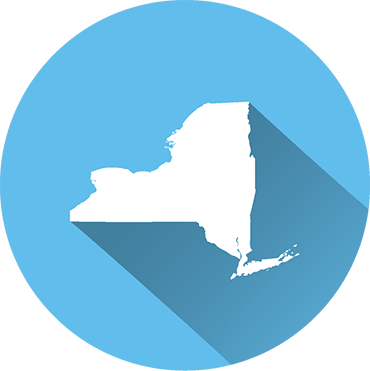