Information on Drugs, Alcohol, and Interventions in Maine

Many believe that because Maine is located in the upper Northeastern side of the United States the drug industry does not affect the state, this assumption is wrong. Maine Illicit drugs and diverted pharmaceuticals are abused and distributed regularly throughout the state. Heroin is a major drug that is used throughout the state. Heroin is typically laced with fentanyl which has caused a dramatic increase in overdoses across the country. Much of Maine’s drug supply comes in the state from Massachusetts. However, some drugs are shipped to Maine from New York, Florida, the West Coast, and Canada.

As a company founded by a family who has struggled with substance abuse, we know what it is like to have a major rift within the household that comes from drugs and alcohol. We have the resources you need in order to give you the best intervention possible with a high success rate. Our team of expert intervention coordinators works with families one-on-one to create a successful plan and find hope for families when it may seem lost. We have taken our experiences, turned them into our passion, and created Intervention Services USA in order to help families just like yours every day.

Intervention Services USA is the largest intervention service provider in North America, delivering around 400 successful interventions per year. Call now to speak to one of our qualified substance abuse counselors and interventionist specialists and get the help your loved one truly deserves.

Do you know anyone who has had a drug addiction problem? There are many people around the world who face drug addictions and do not want to admit it nor accept it. Many people allow drugs to come into their lives and affect their world and turn it upside down. Drugs affect their family relationships, friends and their ability to hold employment. People don’t realize that they can put an end to this disease by simply asking for help. There are many treatments that can help to rid the addiction and help you start a new life. Maine drug rehabs are present all throughout the state to help treat serious drug addiction.

According to Press Herald.com, illicit drugs and prescription opioids were the cause of death for 354 people in Maine last year. There is also a new drug on the market that is a very powerful synthetic version of heroin, it is referred to as fentanyl, which is the deadliest substance. Fentanyl is made in the laboratories and is much easier to sell and transport because it is sold in very tiny portions. This drug was responsible for killing over 247 last year in Maine alone. This new drug is stronger than heroin is more likely to kill you than the actual drug heroin. More and more people are being introduced to this drug and become addicted. The problem with this drug is that it is significantly stronger than heroin and only a few grains of it can actually take your life.

Those who are seeking treatment options for their drug addictions, need to seek out Maine drug rehabs. There are so many different drug rehabs found across the state. For example, Manna Ministries in Bangor, Maine is a treatment facility that offers two residential home-like settings and treats those struggling with abuse. They provide a 45-day program that will later transition to a 9-month program is successful with the first stage. Outpatient counseling is also provided. Catholic Charities in Portland, Maine that includes co-occurring treatment, gender-specific groups, an all men rehab center and 24-hour care in a program that lasts approximately 45 days. MaineGeneral Health in Augusta, Maine is a facility that offers inpatient and outpatient treatment for both drug and alcohol addiction. They have doctors, nurses and social workers and therapists here to work through a customized treatment plan. They also offer two separate homes, one for women and one for men.

In addition to these listings, there are rehab centers all throughout Maine. Take the time to ask someone or conduct some research to find the best center to help you in your situation. You will need to attend rehab in order to restore your life and live again. 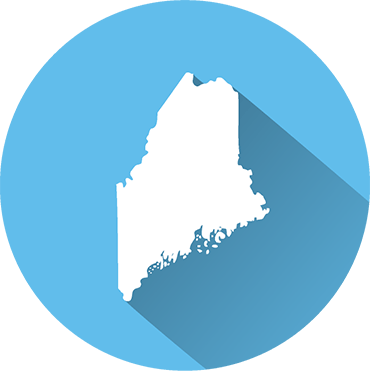