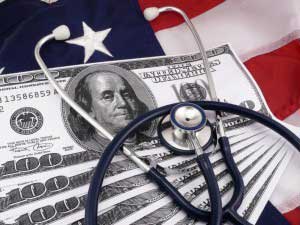 Medicare paid for patient’s drugs after death. This sounds absolutely impossible, but it is true. In fact, in a recent investigation into this matter showed that nearly $300,000 worth of drugs were given and paid for by Medicare. Essentially, $300,000 was stolen from the tax payers. This amount of money was just from claims in 2012 for HIV medications, which are very expensive. It will be interesting to see how much money was stolen from prescribing other types of drugs to these dead patients.

Not only is this an issue of losing money, it is an issue of safety. These patients are obviously dead, but someone is getting their prescriptions filled. This means people are selling these drugs on an underground market. Whether it is for someone who really has HIV or just for someone abusing drugs, this is dangerous. By letting these prescriptions get filled, Medicare is creating an underground drug market and contributing to the drug abuse problem we have.

In a few cases prescriptions are being filled not only for dead patients, but for patients that were never diagnosed with HIV. A pharmacy in Miami filled a prescription for an 80 year old patient. This prescription was filled 16 days after his death. Medicare ended up paying $1,800 for two HIV drugs. The same day, that same pharmacy in Miami, filled the same prescription for an 81 year old woman. She passed away 10 days prior to the prescription being filled. Neither of these deceased patients had a history of HIV, or were diagnosed in their Medicare records. Wouldn’t this raise a red flag to the pharmacist? If an 80 year old patient was never diagnosed with this in their records, why is it being prescribed? Also, why are two patients in their 80s being prescribed HIV medication on the same day? Was that Miami pharmacist in on the illegal underground sale of these drugs?

This also raises another concern, which is identity theft. How are these people obtaining the deceased patient’s Medicare information? How are they getting these HIV drugs prescribed under their names and how are these drugs getting picked up? Usually, when picking up a prescription, you need your ID and Medicare card. Are they family members of these deceased patients claiming to “pick up” their dead family member’s prescriptions or are thieves finding another way around the system?

What Are Coping Skills?