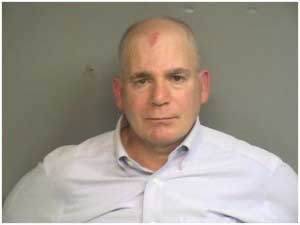 Richard Scully, 61 was arrested on September 25, 2014, for driving while under the influence, fleeing the scene of an accident, engaging police in pursuit, resisting arrest, driving the wrong way on a one-way street, and hitting an officer with a motor vehicle. This series of events took place in Greenwich, Connecticut. The shocking part about this event, is that this happened before in January 2010. Scully was 57 years old and was charged with driving under the influence, driving the wrong way on a one-way street, and illegal possession of a weapon in a motor vehicle. Records for the 2010 charge were concealed. This points towards Sully completing a rehab center program or an alcohol education program. Upon completing one of these programs, his prior offenses are expunged from the records.

Let’s take a closer look at this Greenwich man charged with driving drunk. We will take this charge by charge. The first is driving under the influence. A DUI is a serious offense. As a repeat offender, it is even more severe. Not only was he driving under the influence, he was driving the wrong way on a one-way street. He should have stopped there, but he did not. Scully decided to flee the scene, in this process he hit the arresting officer with his vehicle.

Sgt. Kelly Connelly said the officer saw a dark pickup truck coming at him the wrong way at about 9:45 p.m. When the truck stopped, the arresting officer tried to open the passenger door, but it was locked. The officer proceeded to walk around the front of the truck, in order to talk to Scully. The truck lurched forward, striking the officer in the left leg and hip with the bumper. This event then lead to Scully fleeing the scene and a police pursuit ensuing. The thought of hitting an officer is shocking enough, but driving under the influence in a police pursuit is mind blowing. Just imagine the destruction he could have caused. How many people could have been injured or killed? Scully got off the highway and was boxed in by other police cars at the bottom of the ramp.

His final offense for the night was resisting arrest. He refused to exit his vehicle on his own. Police pulled him from his vehicle. He then refused to be put in handcuffs and was placed on the ground. From there he failed the field sobriety tests and refused to take a breathalyzer test. Arresting officers claimed he smelled like alcohol and his eyes were bloodshot and watery.

The fact that this offense was not the first time should raise some red flags. He was held overnight with a  $10,000 bond and arraigned at the state Superior Court in Stamford on Friday. The judge reduced the bond to $5,000 and he was released from custody. As a repeat offender, should he have been released so quickly? Will Scully be able to complete another alcohol program and get this event erased from his record again?

The Robin Williams Tragedy and Its Lesson

Robin Williams Was on Antidepressant Drugs