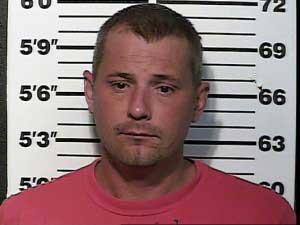 On September 13th, 2014, East Tennessee police reported an incident of a father forcing his 15-year-old son to play a drinking game by downing shots of vodka until the son passed out. It was an apparent attempt to teach his son a direct lesson about drinking after the father caught him drinking. The police also reported that the by the time they arrived, the son had no pulse, so they proceeded to perform CPR until paramedics arrived. The boy is doing well and is expected to recover in full and police have assured that the father will be prosecuted to the fullest for child abuse and neglect plus contributing to the delinquency of a minor.

The father allegedly forced his son to play a drinking game while watching a Tennessee football game. Other relatives returned to find the boy passed out on the floor. The father started to fight them and they put the boy in the car. The authorities found the boy slumped over, inside of the back of the car. According to Ghana Nation, the father, Mark Allen Hughes has had previous charges with driving under the influence, being intoxicated in public, and resisting arrest. He has had 18 previous arrests and is due in court for abuse of his son on September 23rd, 2014. The boy’s mother has not been identified and it is not known whether she was present at the time.

Cases like this one of a parent forcing a child to drink are, fortunately, very rare. That’s why they often make the news when they do occur. People who abuse children often believe that the child is deliberately trying to go against their authority, when they are mostly just being children and don’t know better. However, teen drinking and drug consumption are often signs of rebellion although it’s not always against the parents. This particular case of father forces son to drink was one of not only trying to fight fire with fire, it was also clearly one of blind expectation on the father’s part.

Children do tend to repeat their parents’ behaviors and the boy likely was doing that on a subconscious level. Although the good majority of parents who are alcoholics or drug addicts usually take their kids catching them as a cue to get help. This father is clearly the type who thinks that the rules are for everyone but him.