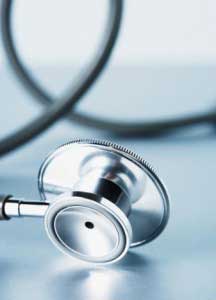 When considering a detox or treatment program for those with alcohol addiction, medical information on interventions for alcoholics should be thoughtfully assessed due to the dangers of alcohol withdrawal.

Interventions on Alcoholics require medical, psychological and physiological understanding.  Before anyone considers intervening on an alcoholic, a skilled and trained expert in interventions must understand the biological, psychological, and physiological effects that the alcohol addiction has caused in the person using alcohol. Listed below we have provided some basic “technical” information about alcohol for those who are curious about this.  Although Intervention Services has conducted many interventions on an alcohol abuser, this doesn’t mean that every person is the same. Generally speaking alcohol affects everyone “mostly” the same, but there are an infinite amount of differences in a case by case basis.

Improper Information when Intervening on an Alcoholic can be fatal

There are two common forms of alcohol that the average person uses, ethyl alcohol and propyl alcohol (rubbing alcohol).  Ethyl Alcohol is what we commonly find in liquor, beer and wine.  Propyl Alcohol is extremely harmful and should never be ingested.  Pharmacologically, ethyl alcohol is a water soluble liquid that is produced by primarily two methods. Fermentation is the oldest method of producing ethyl alcohol. The fermentation of fruits or grains will produce wines and beers. The highest concentration of ethyl alcohol obtained from this process is about 12% or 24 proof. The second method is distillation. Distillation can produce up to a 95% or 190 proof concentration of ethyl alcohol. This process is used to produce liquors and whiskeys.

Percentage of Alcohol in Certain Beverages

Understanding how alcohol effects the body is critical when performing an intervention on an alcoholic.  Alcohol starts affecting the body immediately upon consumption with the severity being determined by body size and sex, the type and proof of alcohol, how quickly it is consumed, and what other drugs have been taken with it. Alcohol affects nearly every organ of the body with the only exception being the ear.