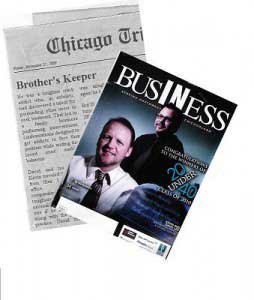 Being very close in age, my brother David and I grew up together being the best of friends. In fact, we even shared a lot of the same friends and pretty much did the same things. In high school, alcohol was introduced to our circle of friends and because we did everything together, of course we started hanging out at the same parties.

I didn’t realize it at the time, but even though we were in the same circles, our drinking patterns were different. To me it was fun to have an occasional beer and to hang out with friends. I still had great relationships, still went to work everyday, still did well in school and still functioned in life like I did before.

For my brother that wasn’t the case. Instead of partying as an occasional celebration to enhance life, partying became David’s highest priority in life. He always had to know when the next party was, how were we going to get the alcohol, and so on.

We began to drift apart. David’s drinking turned from our weekend fun to drinking even on school nights. As marijuana came into his life he started to slowly change. Friends were different. Clothes were different. Hair got longer. He was still my brother and a great guy, but the changes started to become obvious.

After high school, he started using cocaine and things began to change even more. He began stealing from me while I slept. Ten dollars here, twenty dollars there. I guess at this point, I thought things were getting out of hand, but still hoped that sooner or later he’d just “snap out of it”.

That hope began to die one particular day. I came home from college one weekend and he wanted to show me something he just bought. He brought me over to his car, opened the trunk and showed me a 9mm handgun with a laser scope.

We grew up in a quiet little town with very little crime and guns were just not a part of our upbringing. Seeing my brother with this gun terrified me, not because I don’t like guns but because I was afraid of why he felt he needed one. Because looking at him standing there with this gun in his hand, the long hair, the trench coat…I was looking at a stranger.

Two years prior he was short-haired, student council president, college-bound, my best friend and he was full of life. He was now none of those.

Unfortunately, for me, it was easier to ignore the obvious than to address the issues. I went back to college and blew it off again. Months later I returned home. While I was away, David got busted forging checks from my stepfather and went to rehab. I was glad he got help and that it was over.

But what I didn’t know was that on the day his buddy picked him up from rehab, he used drugs the moment he got in the car. He didn’t go to treatment to get help, he went to get my parents off his back for the money he stole. This became his pattern. Get in some trouble, go to rehab, have the family bail him out.

Each time he went he never got better. I went through every possible emotion during these next 10 years. I felt sorry for him and at times I hated him. I wanted to help him yet other times I wanted to hurt him.

As time wore on I just stopped caring and I slowly cut him out of my life. My mother could not do the same. She carried around his drug problem like it were her own, hardly ever sleeping. She developed anxiety and depression. She was going broke trying to help him. His drug problem was literally killing her. This drug problem was killing my family.

My family and I tried to help my brother with his problem but we couldn’t make it go away. We tried helping by providing him with a roof over his head, bailing him out of jail, loaning him money in desperate times, and trying to ignore the money he would steal during more desperate episodes. We were basically the safety net that protected him from feeling the negative consequences of his actions. We did this because we loved him, but it only hurt him.

Getting Into The Solution

My brother was 29 years old, broke and homeless. He had been using drugs for 15 years and had jumped into over twenty different drug programs and none of them worked. Why not? Because he wasn’t going to change until we changed.

After my mother spoke with someone at a facility and explained David’s history, the counselor spoke with my mother about intervention, tough love and bottom lines. We decided to intervene on my brother. Our intervention wasn’t about just getting him to another program but to let him see that we were going to change. We had to let him know we were done with his addiction. Not necessarily him, but his addiction.

Having grown up in an alcoholic and drug-addicted family, I have experienced first-hand the pains and difficulties the family member of an addict can feel. The sense of complete helplessness I felt during these times is the driving force behind my desire to help others to overcome addiction. When a loved one is an addict or alcoholic, the entire family becomes consumed by the problem.

I have combined my education and experiences as a family member of an addict with my brother’s firsthand knowledge to form a company that offers the best of both worlds. David and I have both seen and experienced this difficult time while in the trenches. He has seen the world through the eyes of the addict while I have experienced the pain of being a family member of an addict. We are not simply compassionate about what you are going through, we have lived what you are going through.

I am personally available to speak with you at any time. Thank you for your consideration.  -Kevin Lee, Interventionist